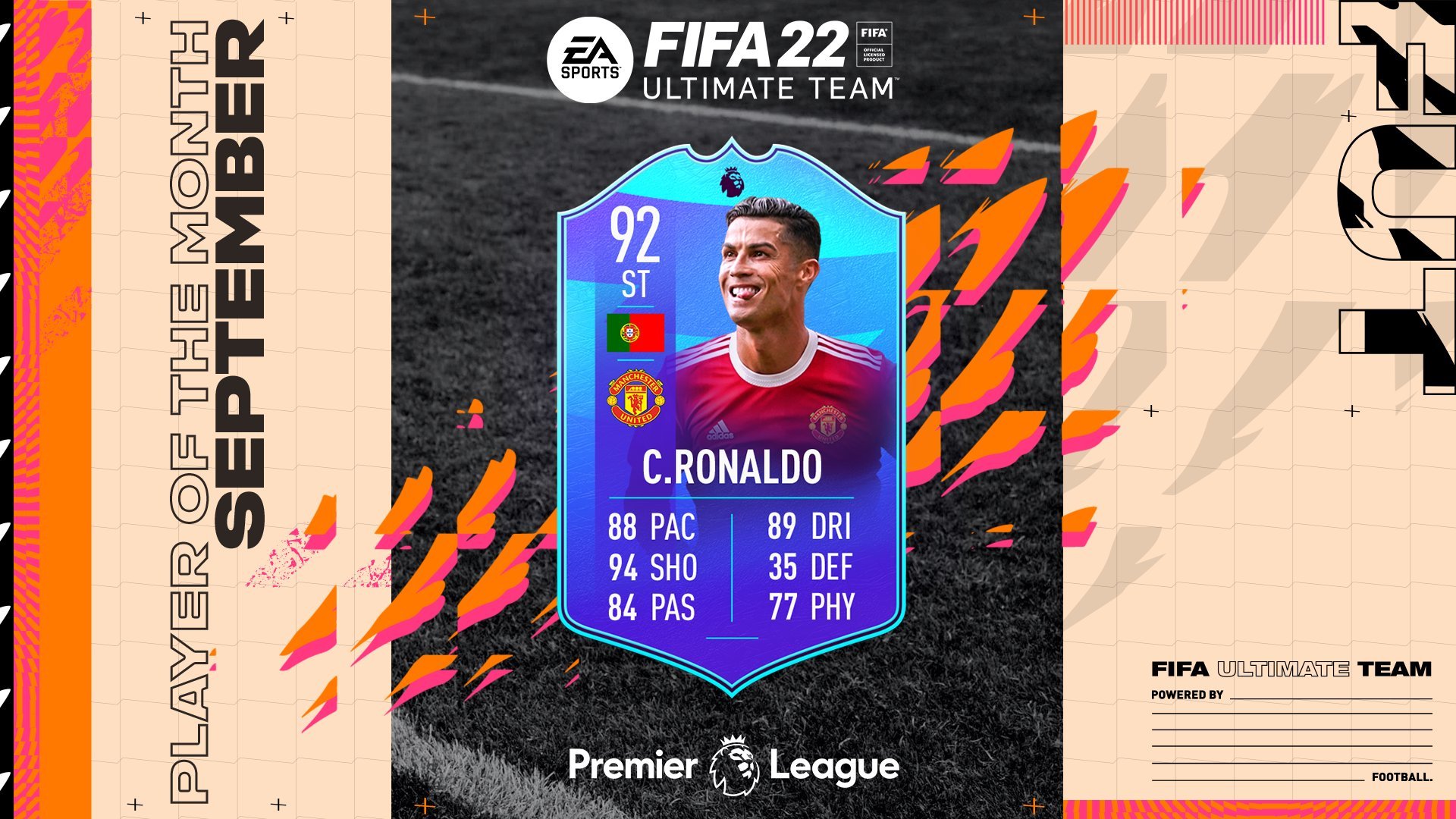 EA Sports added a 92-rated Player of the Month (POTM) version of Cristiano Ronaldo from Manchester United to FIFA 22 today. This item is available through the squad-building challenge (SBC) menu in FIFA 22 Ultimate Team.

This is Ronaldo’s second special card in FIFA 22 Ultimate Team. He received this Premier League POTM version today for his performance throughout September.

The upgrade is a bit disappointing for a POTM card, but it’s still a concrete way of getting a Ronaldo card without depending on luck. He has a four-star weak foot and five-star skill moves. And if you apply the engine chemistry style, you’ll increase his Pace (+5), Passing (+6), and Dribbling (+5), which will maximize his Crossing and Dribbling stats.

If you want to complete POTM Cristiano Ronaldo SBC, you’ll have to turn in a whopping 26 squads and you’ll have just two weeks, until Oct. 22, to complete them. You’ll also receive other rewards by completing each squad, such as a jumbo gold pack or a premium electrum players pack.

Even though there are a lot of squads to complete, there are several squads that ask for the same conditions, so it should be easy to complete everything. But it will still probably require all the fodder you have gathered so far. The rewards you receive from completing the squads can also be used in case you get fodder cards.

Here are all the squads and their conditions to get the POTM Cristiano Ronaldo version.