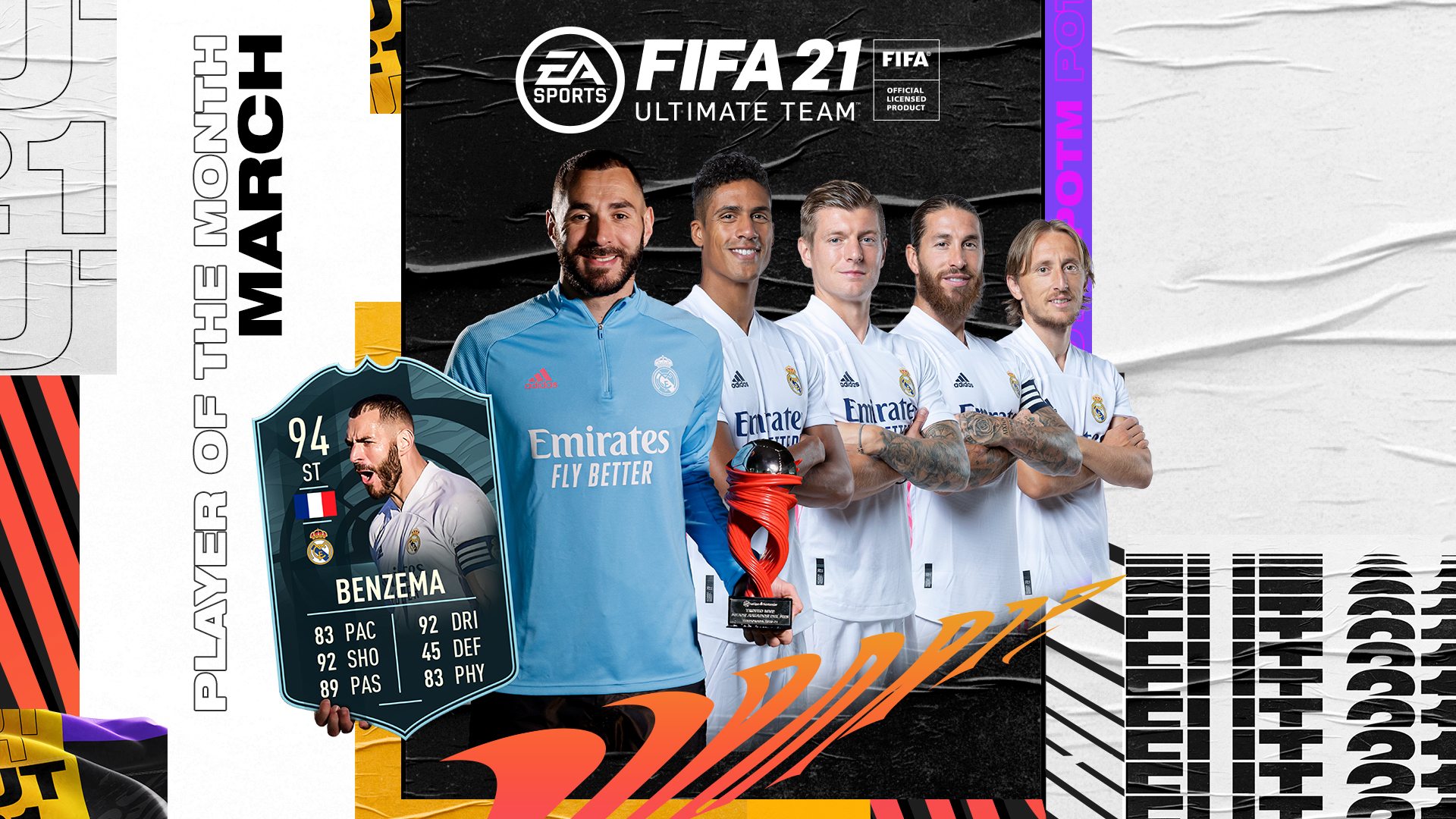 EA Sports added a 94-rated Player of the Month (POTM) version of Karim Benzema from Borussia Dortmund to FIFA 21 today. This item is available through the squad-building challenge (SBC) menu in FIFA 21 Ultimate Team.

This is incredibly Benzema’s sixth special card in FIFA 21 Ultimate Team. He received this LALiga POTM version today for his five goals and one assist in three games during March. This SBC will expire on May 2.

To further improve POTM Benzema’s stats, you can apply the engine chemistry style, which will boost his Passing (+6), Pace (+5), and Dribbling (+4) and maximize his Vision, Curve, and Dribbling skills. You can also go with the basic option. Either way, it’s not a bad card.

Here’s the cheapest solution to complete POTM Karim Benzema SBC right now, according to FUTBIN, a website that specializes in FIFA content: