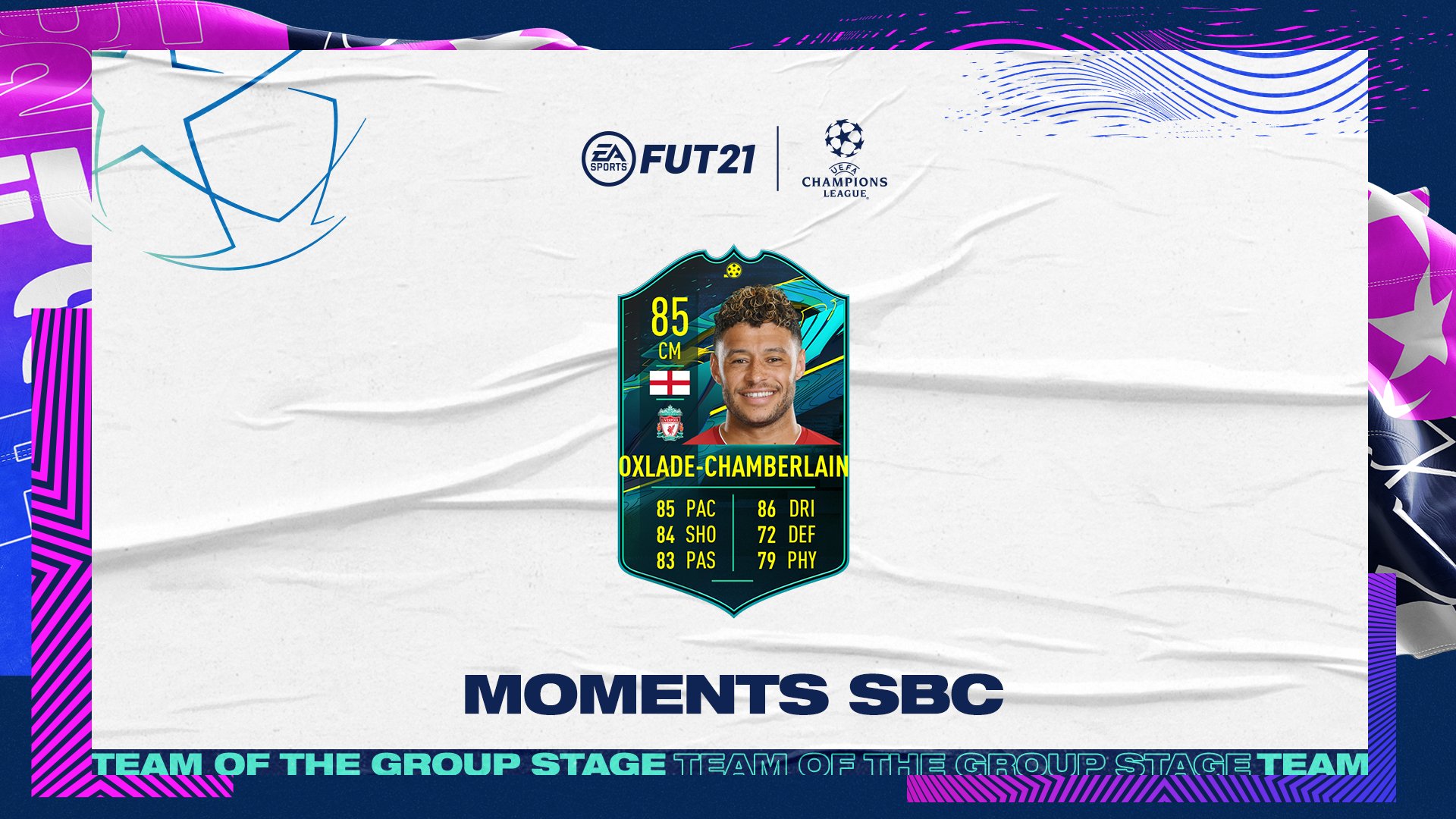 EA Sports introduced an 85-rated Player Moments version of Alex Oxlade-Chamberlain from Liverpool to FIFA 21 Ultimate Team on Dec. 5. It can be obtained by completing a set of squad-building challenges (SBC).

This is Oxlade-Chamberlain’s first special card in FIFA 21 Ultimate Team. Moments cards are given to celebrate a special match or season that a specific player had in the past. EA created this Player Moments card to celebrate his unbelievable long-range goal against Toulouse during Ligue 1’s 2016-17 season.

EA has boosted all of Oxlade-Chamberlain’s stats, including Shooting (+10), Physical (+6), Defending (+5), Dribbling (+3), Passing (+5), and Pace (+5), when you compare Player Moments Oxlade-Chamberlain to his 79-rated gold version. You can complete this SBC until Jan. 4.

This SBC costs around 381,800 FUT coins on Xbox One and 413,600 FUT coins on PC, but it’s a bit cheaper on PlayStation 4 (379,100 FUT coins). Although this is a well-rounded card, the SBC is highly overpriced. For example, you can buy someone like Georginio Wijnaldum for 20,000 FUT coins and you’ll have a similar midfielder for a lot cheaper.

If you want to complete the Player Moments Oxlade-Chamberlain SBC, you’ll need to turn in three squads: Liverpool, Premier League, and Top Form. When building these teams, the expansive squad you’ll have to submit is one 86-rated team with 65 chemistry minimum and one Inform.

Here’s the cheapest solution to complete Player Moments Oxlade-Chamberlain right now, according to FUTBIN, a website that specializes in FIFA content: