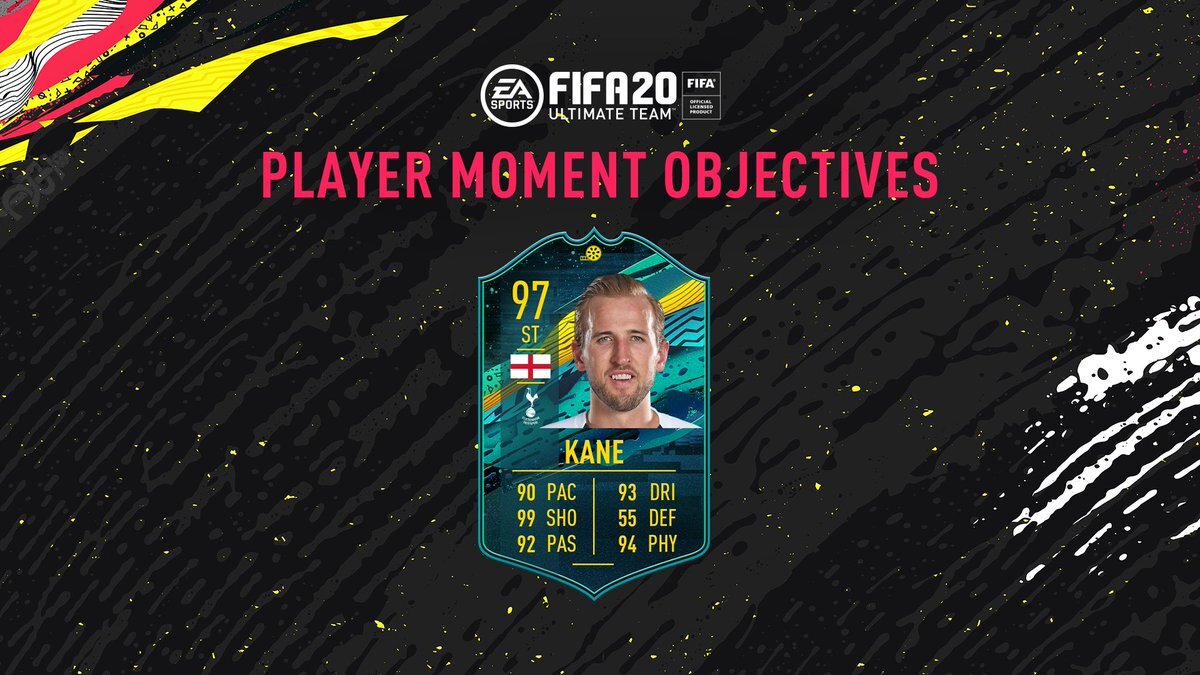 Kane has received several different versions during the FIFA 20 Ultimate Team cycle. The English striker, however, has never been a popular option among players because of his low Pace, Agility, and Balance stats.

This Player Moments version is by far the best card of Kane in the game, though. EA has boosted all of his stats, including Pace (+8), Physical (+6), Dribbling (+5), and Passing (+4), when compared to Kane’s Team of the Week (TOTW) 94-rated version, which was added in July.

Player Moments Kane’s objectives will expire on Sept. 11. That isn’t too much of a problem, though, since only one of the objectives requires you to win the matches while completing them.

Here are all four objectives that you have to complete to earn Player Moments Kane.