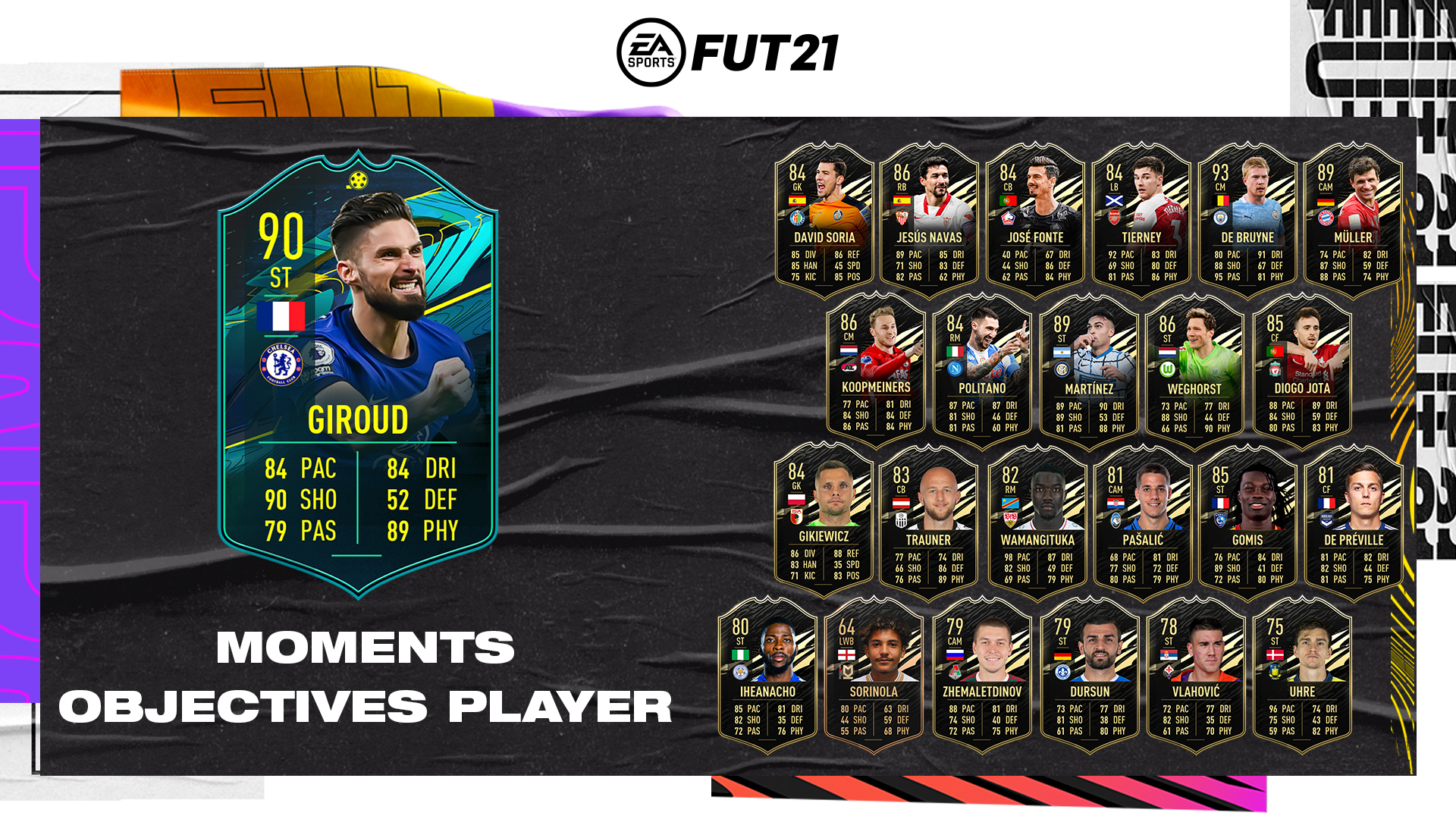 EA Sports introduced a 90-rated Player Moments version of Olivier Giroud from Chelsea to FIFA 21 Ultimate Team today. It can be obtained by completing a set of objectives.

This is Giroud’s third special card in FIFA 21 Ultimate Team. Player Moments cards are used to celebrate a special match or season that a specific player had in the past. EA created this Player Moments card to recognize Giroud’s 2017 goal of the year against Crystal Palace.

This is a great card to have on your team. It has good stats that can be almost maximized by applying the hunter chemistry style, which will elevate his Shooting (+5) to 94 and Pace (+4) to 95. Player Moments Giroud also has four-star skills and a three-star weak foot.

Player Moments Giroud’s objectives will expire on March 26. That’s plenty of time to complete his six objectives and only one of them requires you to win matches. Every task has to be completed in the FUT Friendly: Managerial Masterpiece mode.

Here are all objectives you have to complete to earn TOTY Player Moments Olivier Giroud.