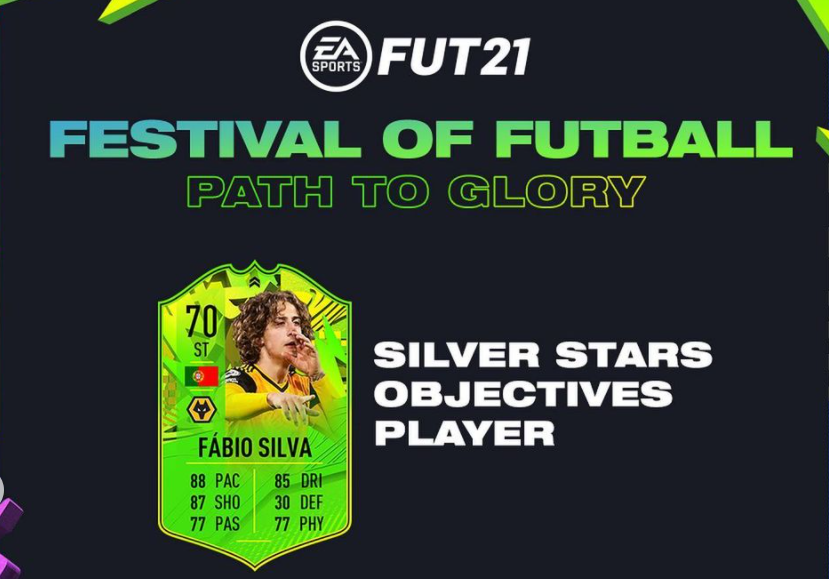 The Portuguese striker is a part of the FOF Path to Glory promotion, making this Silver Stars version the first special card he’s received in the FIFA 21 Ultimate Team cycle so far. The FOF Path to Glory promo was launched on June 11 and will give the players an overall upgrade depending on how many wins their team gets during the UEFA Euro and Copa America.

Just like all the Silver Stars cards released before, Path to Glory Silva’s objectives have to be completed in Live FUT Friendly: Silver Lounge matches. These Silver Stars cards aren’t really meta, but they’re useful for completing other objectives that require you to score or get an assist with a silver player, for example.

Here are all of the objectives you need to complete to earn Path to Glory Fábio Silva.