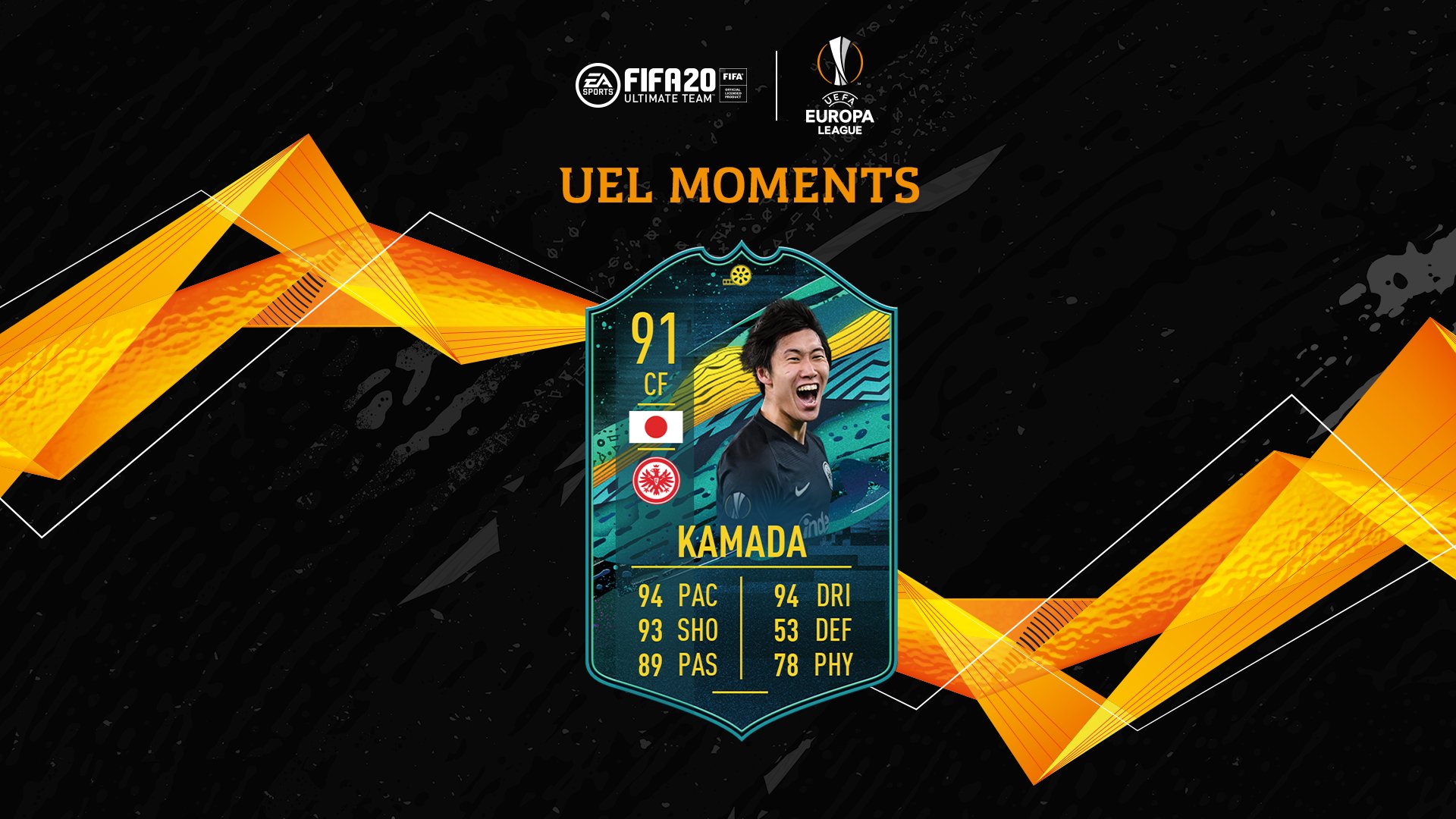 This special card can be completed until May 31. It celebrates Kamada’s hat trick against RB Salzburg in the UEFA Europa League in February. He became the second Japanese player to score a hat trick in European soccer cups alongside Takumi Minamino, a former RB Leipzig attacker who now plays for Liverpool.

Since Kamada is from the Bundesliga, there are several cards that you can use to link him, including a Team of the Season So Far (TOTSSF) 94-rated version of Filip Kostić from Eintracht Frankfurt. There are also other solid Japanese cards that EA released this year, such as Takefusa Kubo 88-rated from Mallorca or any version of Hidetoshi Nakata, who’s a FIFA icon.

If you want to complete the Moments Kamada SBC, you’ll have to turn in one 86-rated squad with 70 chemistry minimum, at least one player from the Bundesliga, and one TOTSSF or Team of the Week (TOTW) card. If you’re building this for scratch, this SBC will cost around 135,000 FUT coins on any platform at the moment.

Here’s the cheapest solution to complete Moments Kamada SBC right now according to FUTBIN, a website that specializes in FIFA content.