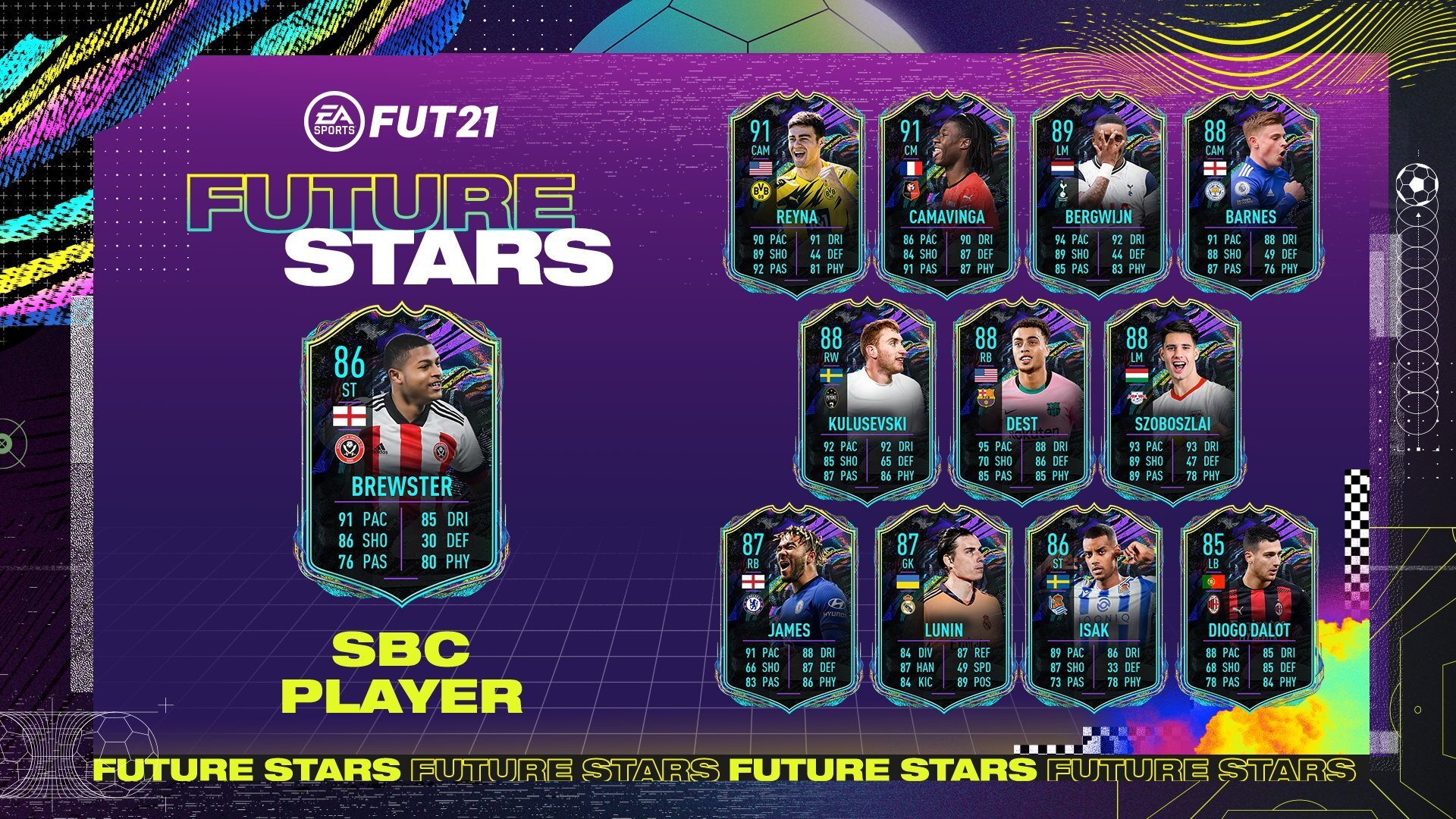 This is Brewster’s first special item during the FIFA 21 Ultimate Team cycle. He was added after EA unveiled the Future Stars promo on Feb. 5 and received a massive upgrade.

The devs boosted all of his stats, including Passing (+21), Physical (+19), Shooting (+15), Dribbling (+14), and Pace (+10), when compared to Brewster’s original 70-rated silver card. Although his stats are somewhat great, Future Stars Brewster has only three stars skill moves, which’ll most definitely let you down sometimes while playing.

If you spend a bit more coins you could get a much better card, like the End of an Era Wayne Rooney SBC, which is one of the most powerful cards in FIFA 21 Ultimate Team right now.

You can complete this SBC until Feb. 13. Here’s the cheapest solution to complete Future Stars Brewster SBC right now, according to FUTBIN, a website that specializes in FIFA content.