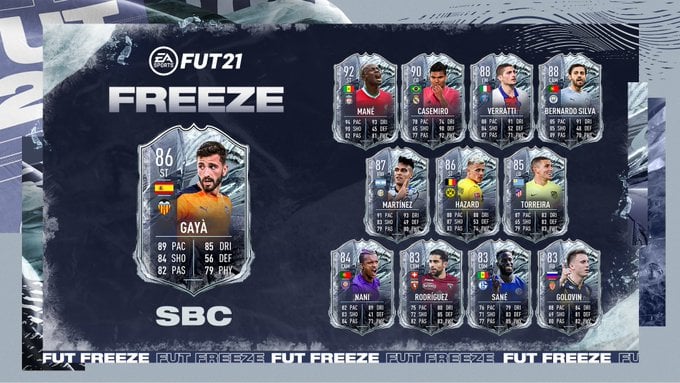 EA Sports added an 85-rated FUT Freeze version of José Gayà from Valencia to FIFA 21 today. This item is available through the squad-building challenge (SBC) menu in FIFA 21 Ultimate Team.

This is Gayà’s first special card in FIFA 21 Ultimate Team. EA has mostly passed 23 points from his Defending skills to Shooting and slightly increased Gayà’s stats, including Physical (+9), Pace (+5), and Dribbling (+5), when you compare this card to his 83-rated gold version. You’ll have until Dec. 17 to get this card.

FUT Freeze Gayà costs around 62,250 FUT coins on PlayStation 4 and has a higher price on Xbox One (65,300) and PC (69,150). EA changed his position from a left-back to a striker with the massive change in his Shooting skill, which will provide completely different gameplay when compared to his original gold version.

If you want to complete the FUT Freeze Gayà SBC, you’ll need to build an 84-rated squad with 80 chemistry minimum, one Inform, and at least one player from LaLiga.

Here’s the cheapest solution to complete the FUT Freeze José Gayà SBC right now, according to FUTBIN, a website that specializes in FIFA content: