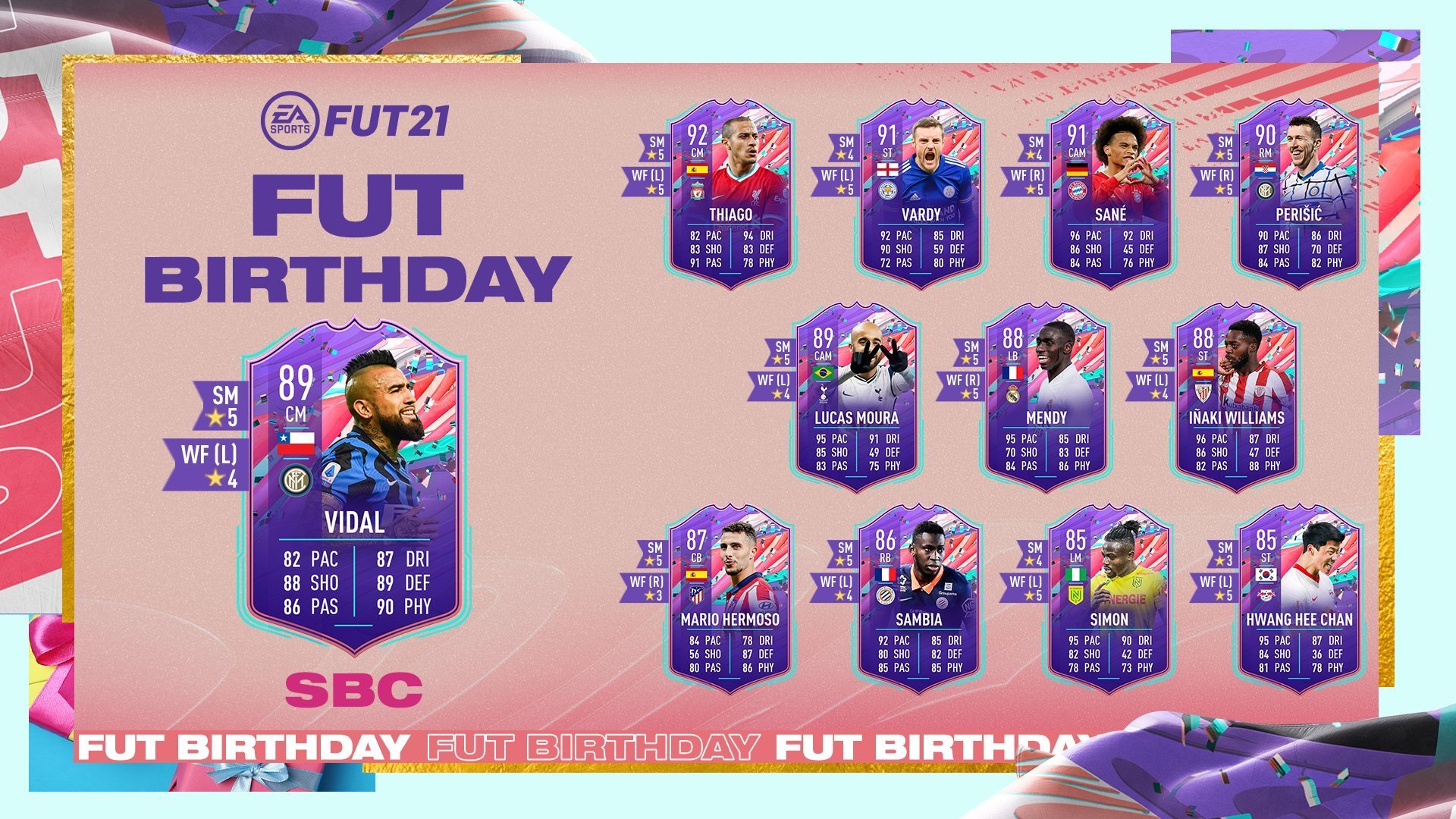 EA Sports added an 89-rated FUT Freeze version of Arturo Vidal from Internazionale to FIFA 21 today. This item will be available through the squad-building challenge (SBC) menu in FIFA 21 Ultimate Team.

Vidal is a part of the first set of FUT Birthday cards. The FUT Birthday promo was launched last week and will feature players with a five-star upgrade to either their skill moves or their weak foot rating in addition to newly boosted stats.

This is Vidal’s third special card in FIFA 21 Ultimate Team. EA Sports greatly upgraded all of his stats, including Pace (+17), Shooting (+9), Dribbling (+9), Passing (+7), Defending (+6), and his Physical (+4), when compared to his 83-rated gold version. His skill moves were upgraded to five stars while his weak foot remained at four stars.

If you want to complete the FUT Birthday Vidal SBC, you’ll need to build three squads: Piemonte Calcio, Serie A, and Top Form. You’ll have until April 14 to complete these squads.

Here’s the cheapest solution to complete the FUT Birthday Arturo Vidal SBC right now, according to FUTBIN, a website that specializes in FIFA content: