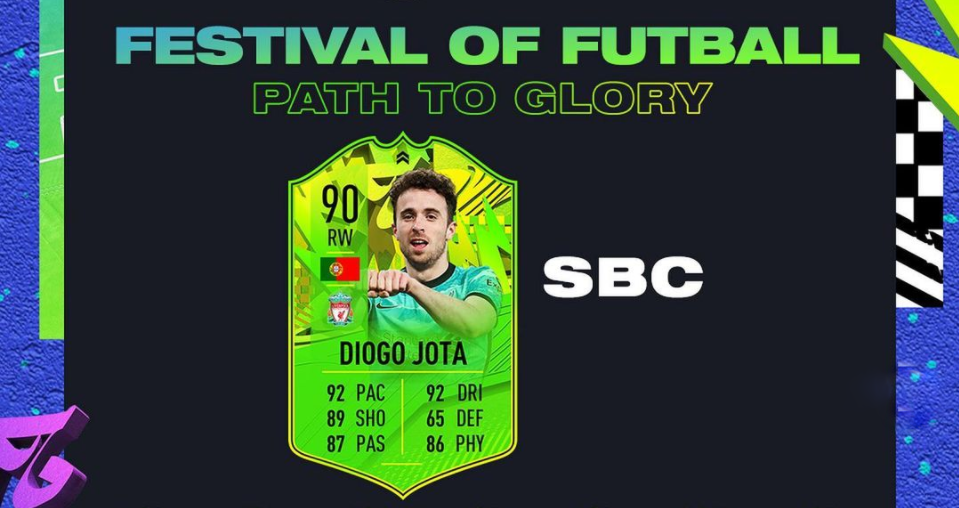 This is Jota’s third special card in FIFA 21 Ultimate Team. He’s one of the Portuguese players in the FOF Path to Glory promo and will receive an upgrade depending on how many wins the Portuguese national team gets during the Euro World Cup.

He has balanced and good stats, which makes him a great card despite the possible upgrade. He also has a five-star weak foot and four-star skill moves. If you apply the hunter chemistry style, you’ll increase his Pace (+6) and Shooting (+6), which maximize several of his stats, such as Acceleration, Positioning, and Finishing.

This SBC costs around 344,900 FUT coins on PS4, 351,300 on Xbox One, and is a bit more expensive on PC (449,800 FUT coins). This card is a bit overpriced for his general stats and you can find similar cards for fewer FUT coins. This card can also make strong links with amazing cards such as 97-rated TOTY Fernandes, 96-rated POTY Van Dijk, and 94-rated TOTY Alexander-Arnold.

Here’s the cheapest solution to complete FOF Path to Glory Diogo Jota SBC right now, according to FUTBIN, a website that specializes in FIFA content: