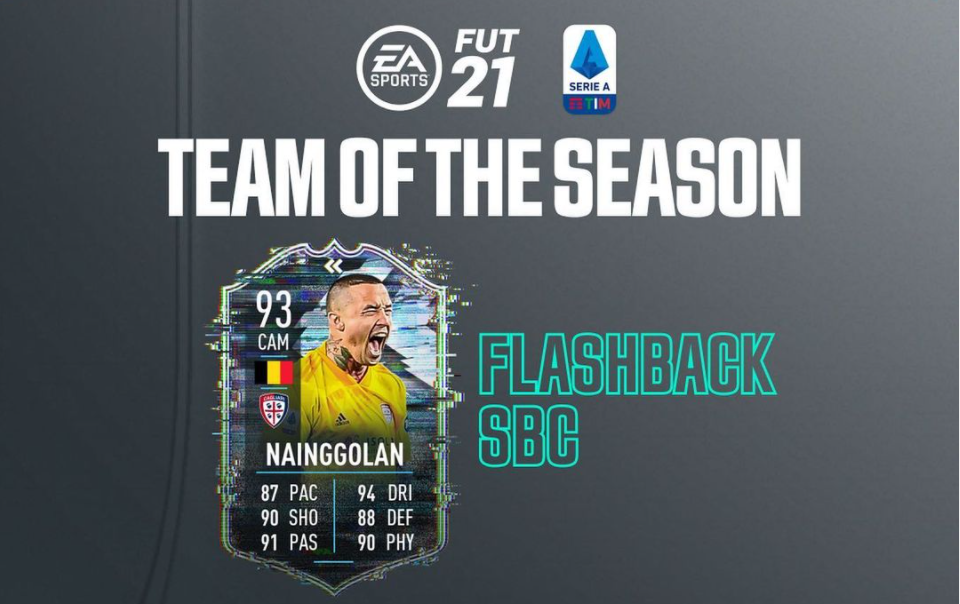 This is Nainggolan’s second special card during the FIFA 21 Ultimate Team cycle. He received a Rulebreakers card in October 2020. This Flashback version was added one day after the Team of the Season (TOTS) Serie A promo arrived and the SBC will be available until Friday, May 28. The Belgian star gained this Flashback version to celebrate his inclusion in FIFA 18 Ultimate Team’s TOTS.

EA has upgraded all of Nainggolan’s skills, including Defending (+16), Passing (+9), Dribbling (+9), Shooting (+7), Physical (+7), and Pace (+2) when compared to his 85-rated Rulebreakers card. EA has also upgraded his skill moves from three-star to four-star, which makes Nainggolan a great box-to-box center midfielder.

You can further boost Flashback Nainggolan’s stats if you apply the correct chemistry style, which is the shadow in this case. It’ll take his Acceleration and Sprint Speed up to 97 ratings and maximize his Interceptions, Sliding Tackle, and Standing Tackle attributes.

The Flashback Nainggolan SBC comes at a fair price. It costs around 255,000 FUT coins on PlayStation and Xbox but is a touch expensive on PC (around 295,000 FUT coins), which is still a good price to pay for an end-game level card like this.

Here’s the cheapest solution to complete the Flashback Nainggolan SBC right now, according to FUTBIN, a website that specializes in FIFA content.