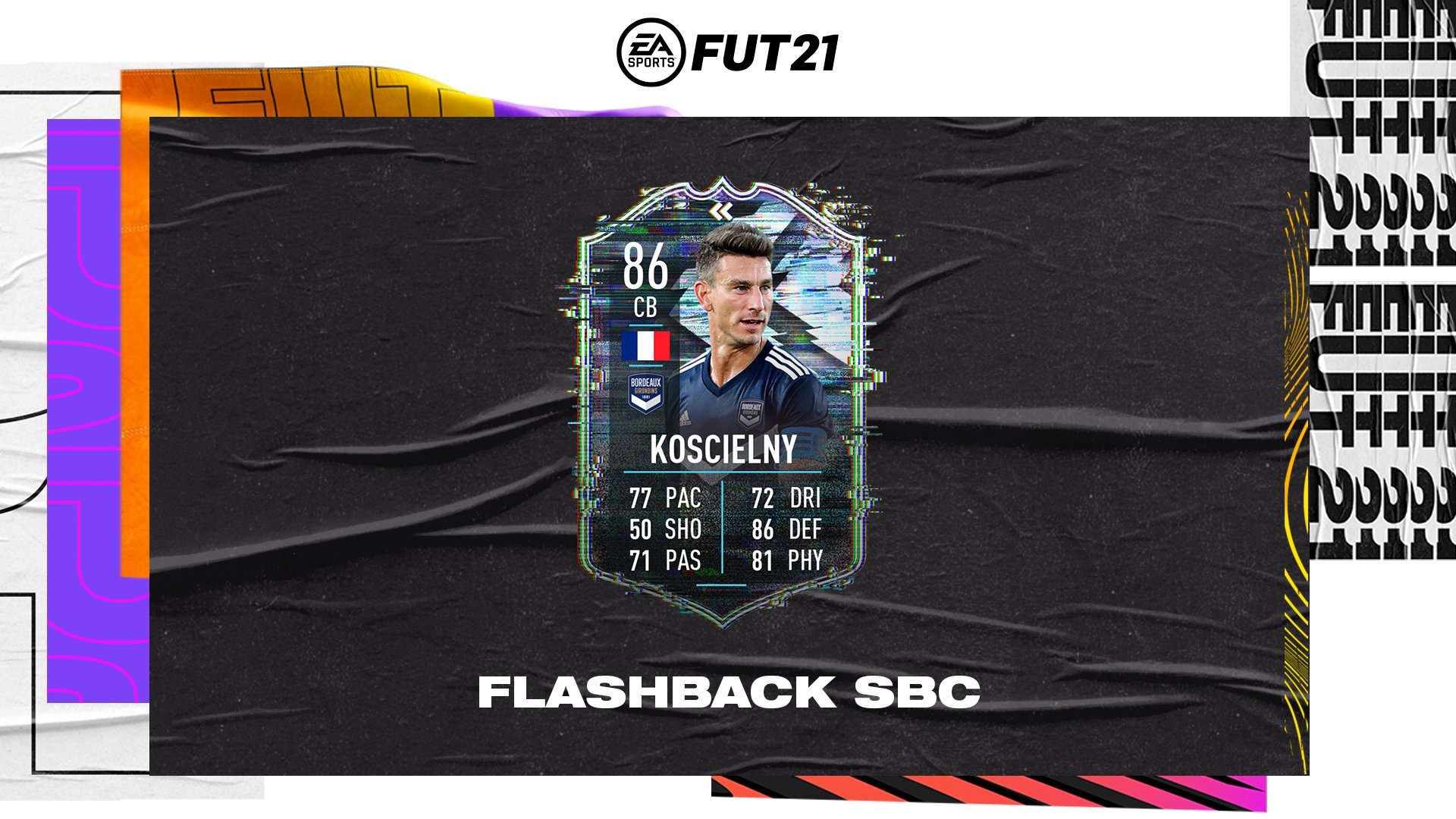 EA Sports added an 86-rated Flashback version of Laurent Koscielny from Bordeaux to FIFA 21 today. This item is available through the squad-building challenge (SBC) menu in FIFA 21 Ultimate Team.

This is Koscielny’s first special card in FIFA 21 Ultimate Team. EA added this Flashback version to celebrate Koscielny’s 2015-2016 season with Arsenal when he helped the team win five out of six games in October, scoring goals in successive matches against Everton and Swansea. You’ll have seven days to complete this SBC since it’ll expire on Oct. 27.

EA has massively boosted all of Koscielny’s stats, including Pace (+22), Passing (+8), Physical (+7), Dribbling (+7), and Defending (+6), when you compare this new card to Koscielny’s 79-rated gold version. This Flashback version is much better because EA gave Koscielny way more Acceleration and Sprint Speed.

This SBC costs around 93,000 FUT coins on PlayStation 4, 108,000 FUT coins on Xbox One, and 113,000 FUT coins on PC at the moment, making it a bit overpriced. This card won’t be as good in two months and you’ll be stuck with an untradeable item. That said, we’d recommend you to do this SBC only if you have a lot of FUT coins or fodder already and need a French center back in your Ultimate Team’s starting 11.

If you want to complete Flashback Koscielny SBC, you’ll have to turn in two different squads. The first solution requires an 84-rated squad with 65 chemistry minimum, one player from the Ligue 1, and one player from the Premier League. The second team must be 85-rated with 60 chemistry minimum and at least one French player. You can link Koscielny to players such as N’Golo Kanté from Chelsea and Keylor Navas from Paris Saint-Germain.

Here’s the cheapest solution to complete Flashback Koscielny SBC right now, according to FUTBIN, a website that specializes in FIFA content.