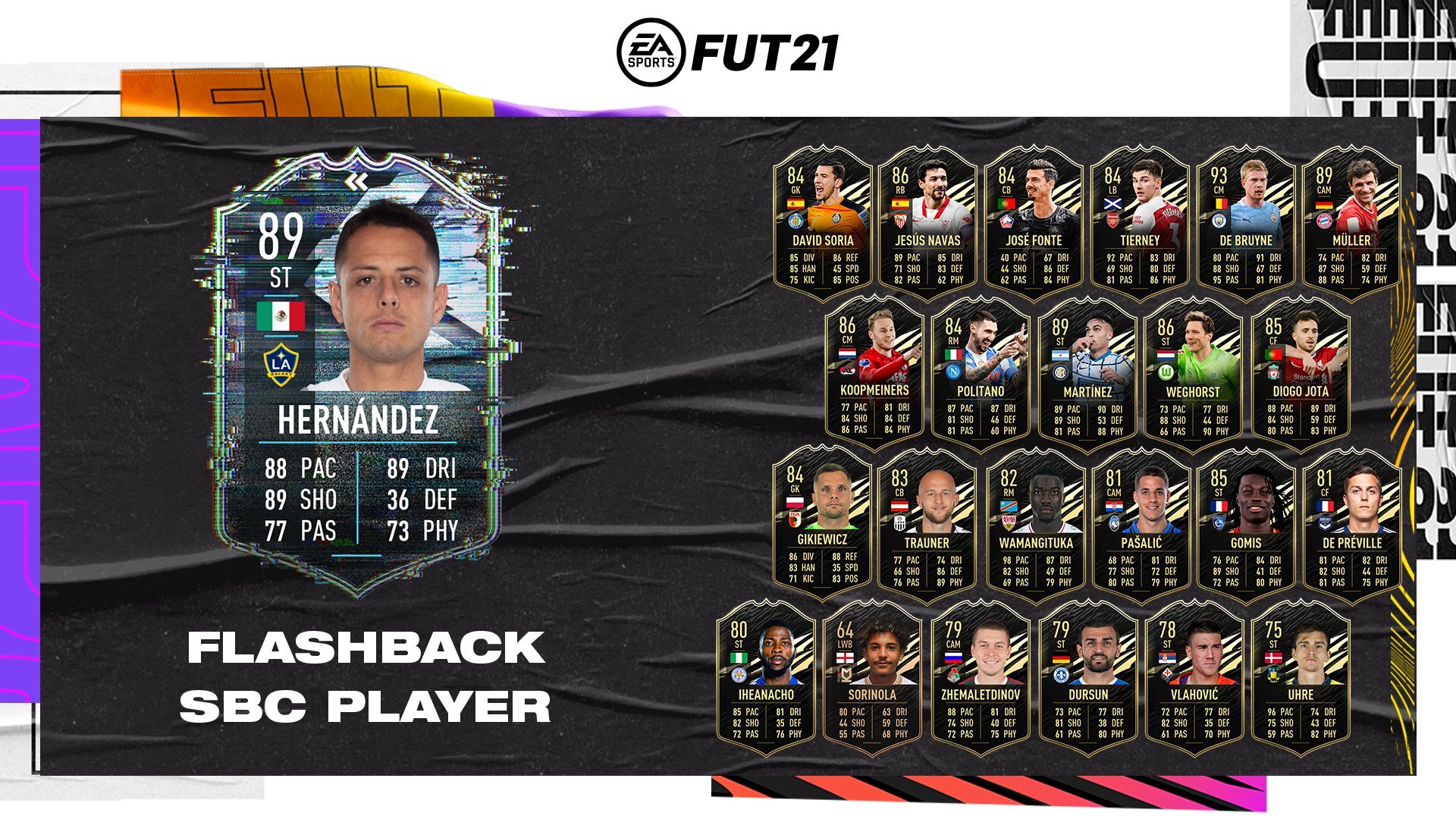 This is Hernández’s second special card in FIFA 21 Ultimate Team. EA added this Flashback version to celebrate his prolific 2015-2016 Bundesliga season. The SBC will expire on March 30.

You can maximize his Acceleration, Finishing, and Volleys by applying the hunter chemistry style to increase his Pace (+8) and Shooting (+4). This will bring something special to the player’s performance regarding his skill set.

Flashback Hernández costs around 79,900 FUT coins on Xbox One, 87,350 on PlayStation 4, and 99,700 on PC. This card is fairly priced for his general stats and skills, as well as the possibility to make strong links with great players like 87-rated Record Breaker Carlos Vela from Los Angeles FC and 86-rated Player Moments Jonathan dos Santos from Los Angeles Galaxy.

Here’s the cheapest solution to complete the Flashback Javier Hernández SBC right now, according to FUTBIN, a website that specializes in FIFA content.