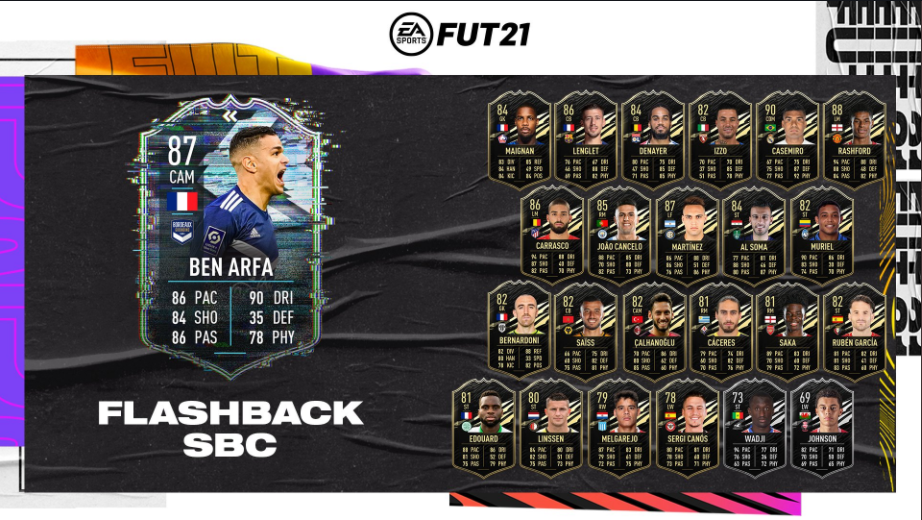 EA Sports added an 85-rated Flashback version of Hatem Ben Arfa from Bordeaux to FIFA 21 today. This item is available through the squad-building challenge (SBC) menu in FIFA 21 Ultimate Team.

This is Ben Arfa’s first special card in FIFA 21 Ultimate Team. EA added this Flashback version to celebrate his prolific 2015-2016 season in Ligue 1. This SBC will expire in a week on Jan. 6.

EA has massively boosted all of Ben Arfa’s stats, including Pace (+16), Physical (+15), Passing (+12), Dribbling (+10), and Shooting (+10) when you compare this new card to Ben Arfa’s 75-rated gold version. This card is great because of its five-star skill moves, four-star weak foot, and the links it offers to players such as Kylian Mbappé and Neymar. But Flashback Ben Arfa’s stats aren’t that great, especially because of his low Finishing, Reactions, and Stamina.

Flashback Ben Arfa costs around 191,100 FUT coins on PlayStation 4 and is a bit more expensive on Xbox One (194,300) and PC (217,900 FUT coins). This is heavily overpriced for his skill ratings and the fact that it’s an untradable card.

If you want to complete the Flashback Ben Arfa SBC, you’ll need to turn in one 86-rated squad with 65 chemistry minimum, at least one Inform, and one player from France.

Here’s the cheapest solution to complete the Flashback Ben Arfa SBC right now, according to FUTBIN, a website that specializes in FIFA content.