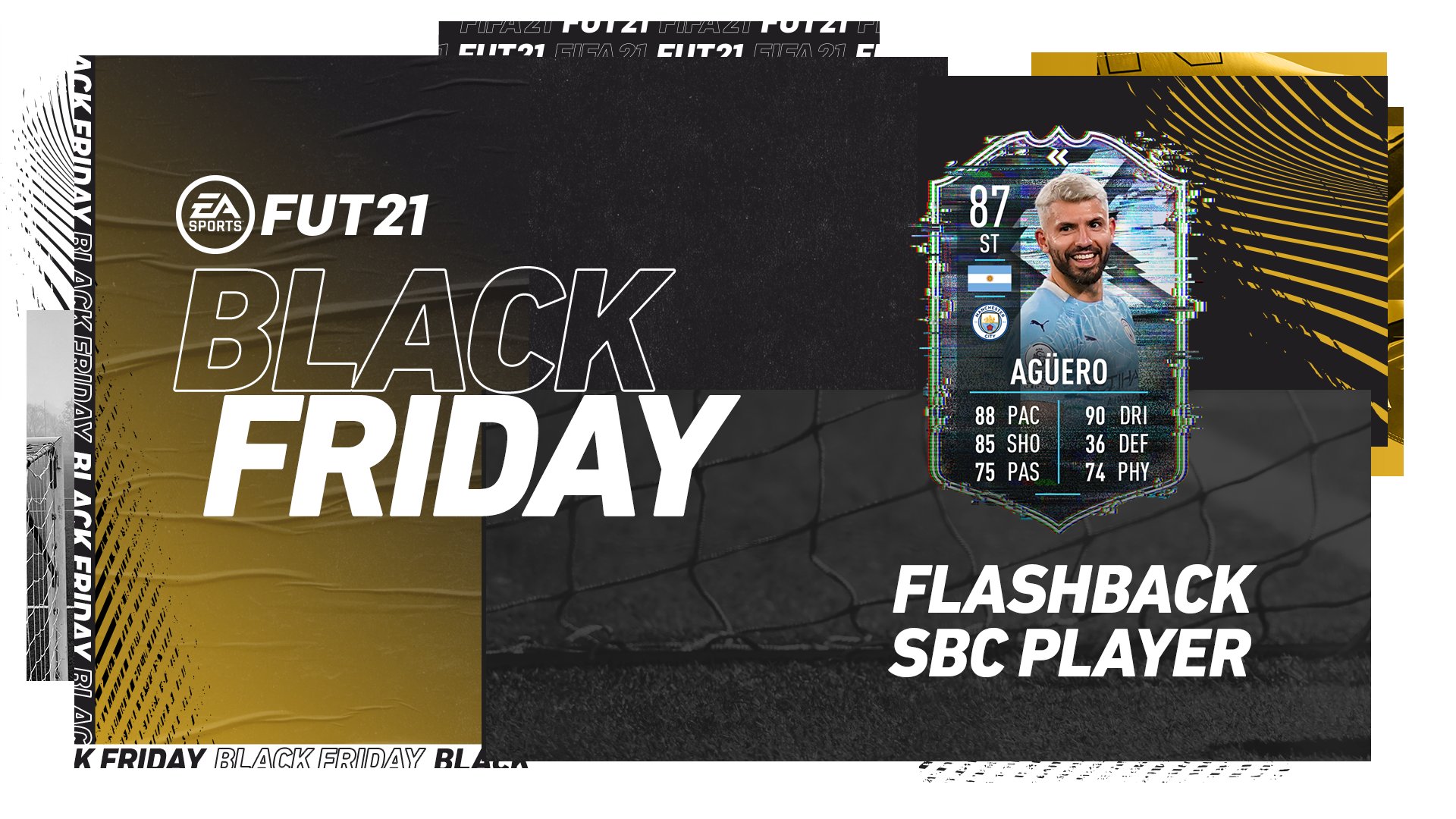 This is Agüero’s first special card in FIFA 21 Ultimate Team. EA added this Flashback version to celebrate Khedira’s 2013-14 season with Manchester City. The Argentinian striker played in 23 La Liga matches that season, contributing with 17 goals and 10 assists, according to Transfermarkt’s database. You’ll have plenty of time to complete his SBC since it won’t expire until Dec. 27.

Although Flashback Agüero’s overall rating is worse compared to his 89-rated gold card, this new card fits the Ultimate Team meta because EA changed his stats. EA altered all of Agüero’s stats, including Pace (+10), Dribbling (+2), Physical (+1), Shooting (-5), and Passing (-2). Flashback Agüero will become a deadly striker if you apply the hunter chemistry style to boost his Pace and Shooting skills.

If you want to complete Flashback Agüero SBC, you’ll have to turn in four different squads, with the most expensive consisting of an 87-rated squad with 50 chemistry minimum.

Here’s the cheapest solution to complete Flashback Agüero SBC right now, according to FUTBIN, a website that specializes in FIFA content.