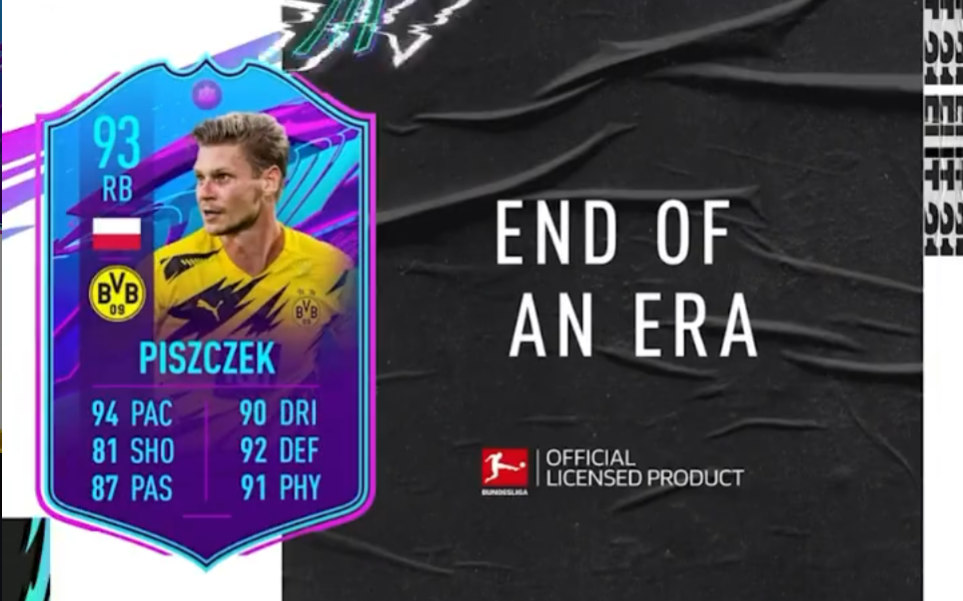 The 36-year-old will leave Borussia Dortmund at the end of the Bundesliga’s 2020-2021 season after 11 years on the team to move to his childhood club, LKS Goczalkowice. EA released this card to celebrate his legacy with a Premium SBC version.

End of an Era Piszczekr is a balanced card with high skills, such as his 94-rated Pace and 92-rated Defending, while his other skills are all above 80. He also has three-star skill moves and a four-star weak foot. If you apply the anchor chemistry style, you’ll further increase his Defending (+6), Pace (+4), and Physical (+7), which will maximize several of his stats, such as Sprint Speed, Strength, and Standing and Sliding Tackle.

Here’s the cheapest solution to complete End of an Era Lars Łukasz Piszczek SBC right now, according to FUTBIN, a website that specializes in FIFA content.