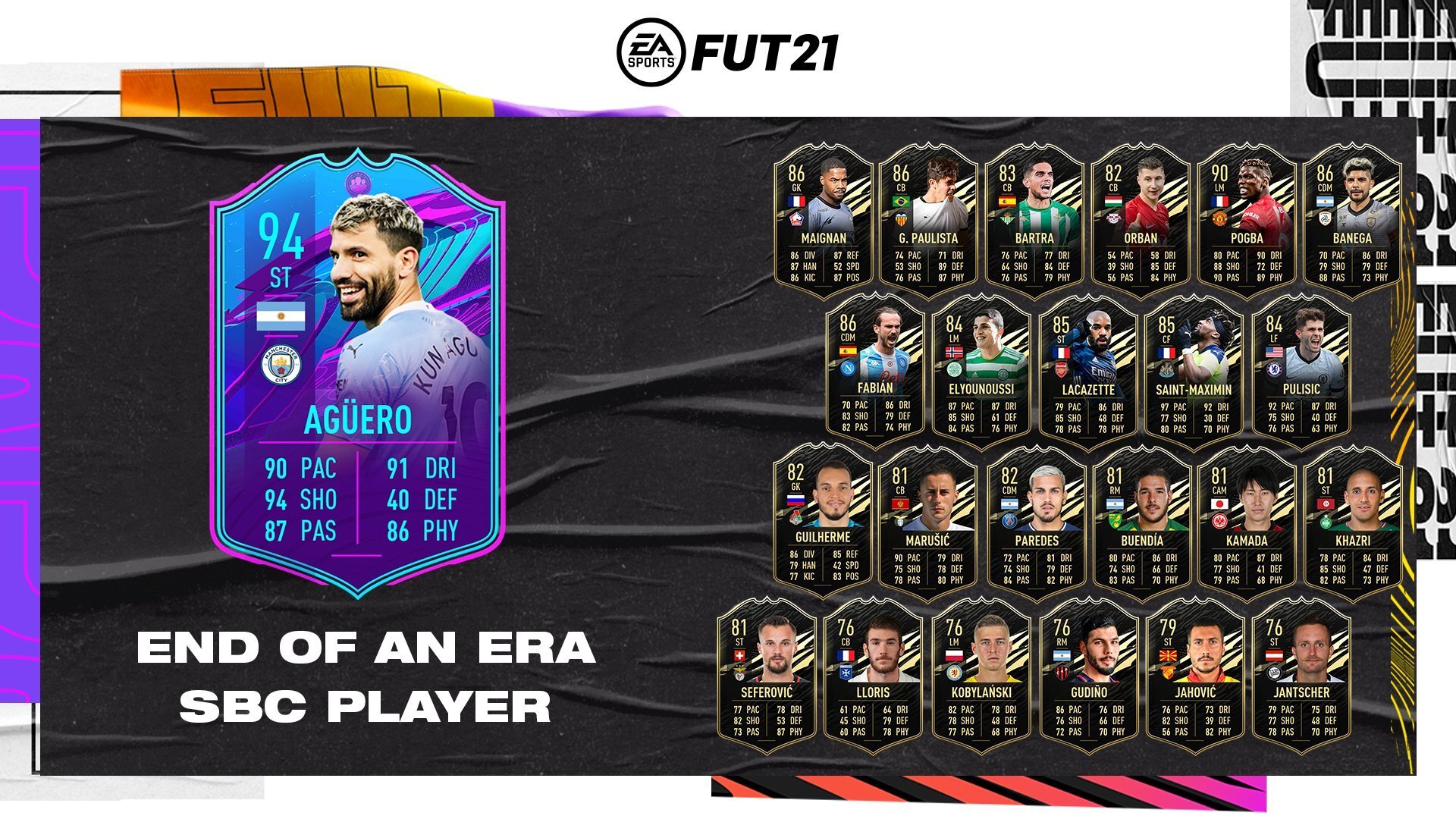 The 32-year-old announced last month that he’ll retire at the end of the Premier League’s 2020-2021 season. EA released this card to celebrate Agüero’s legacy with a Premium SBC version.

Kun Agüero, as he’s mostly known, started his career at Independiente in 2003. Three years later, he moved to Atlético Madrid and won the UEFA Europa League and the UEFA Super Cup. Agüero finally moved to Manchester City in 2011 and became the team’s all-time top goalscorer in 2017.

If you apply the engine chemistry style, you’ll increase his Pace (+5) and his Dribbling (+5), maximizing many of his skills, such as Balance, Dribbling, Vision, and Short Passing.

If you want to complete this SBC, you’ll have to turn in four squads: La Albiceleste, Starting a Dynasty, Hat-Trick King, and Top Form. You have until May 13 to complete these squads

Here’s the cheapest solution to complete End of an Era Sergio Agüero SBC right now, according to FUTBIN, a website that specializes in FIFA content.