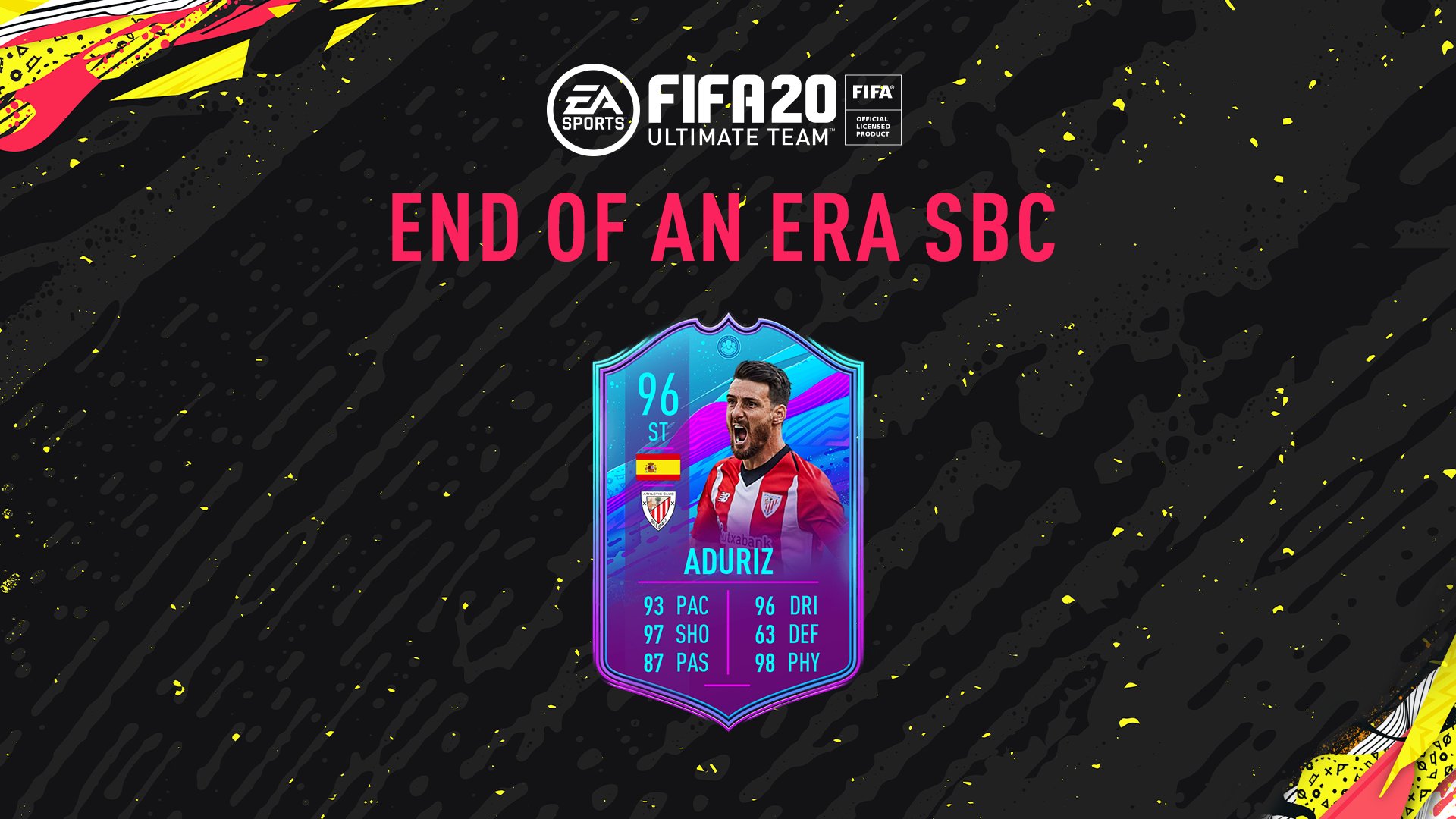 It’s an End of an Era 96-rated version of Aritz Aduriz, a striker who used to play for Athletic Bilbao. The 39-year-old retired last month due to the coronavirus pandemic. Aduriz scored 141 goals in 296 appearances for Bilbao and played for teams such as Mallorca and Valencia. EA released this card to celebrate Aduriz’ incredible scissor-kick goal against Barcelona in August 2019.

Although this SBC is coming at a remarkably cheap price for a 96-rated card, End of an Era Aduriz has some issue despite of what its face-card stats shows. He only has 70 Agility, 66 Balance, and 66 Stamina, which will most likely make him perform below the current power curve in FUT.

To complete this SBC, you’ll have to turn in only one squad. It must be an 84-rated with 70 chemistry minimum, at least one player from the LaLiga, and one Team of the Season So Far (TOTSSF) or Team of the Week (TOTW) card. End of an Era Aduriz SBC costs around 90,000 FUT coins on any platform at the moment and will be available until June 17.

Here’s the cheapest solution to complete End of an Era Aduriz SBC right now, according to FUTBIN, a website that specializes in FIFA content.