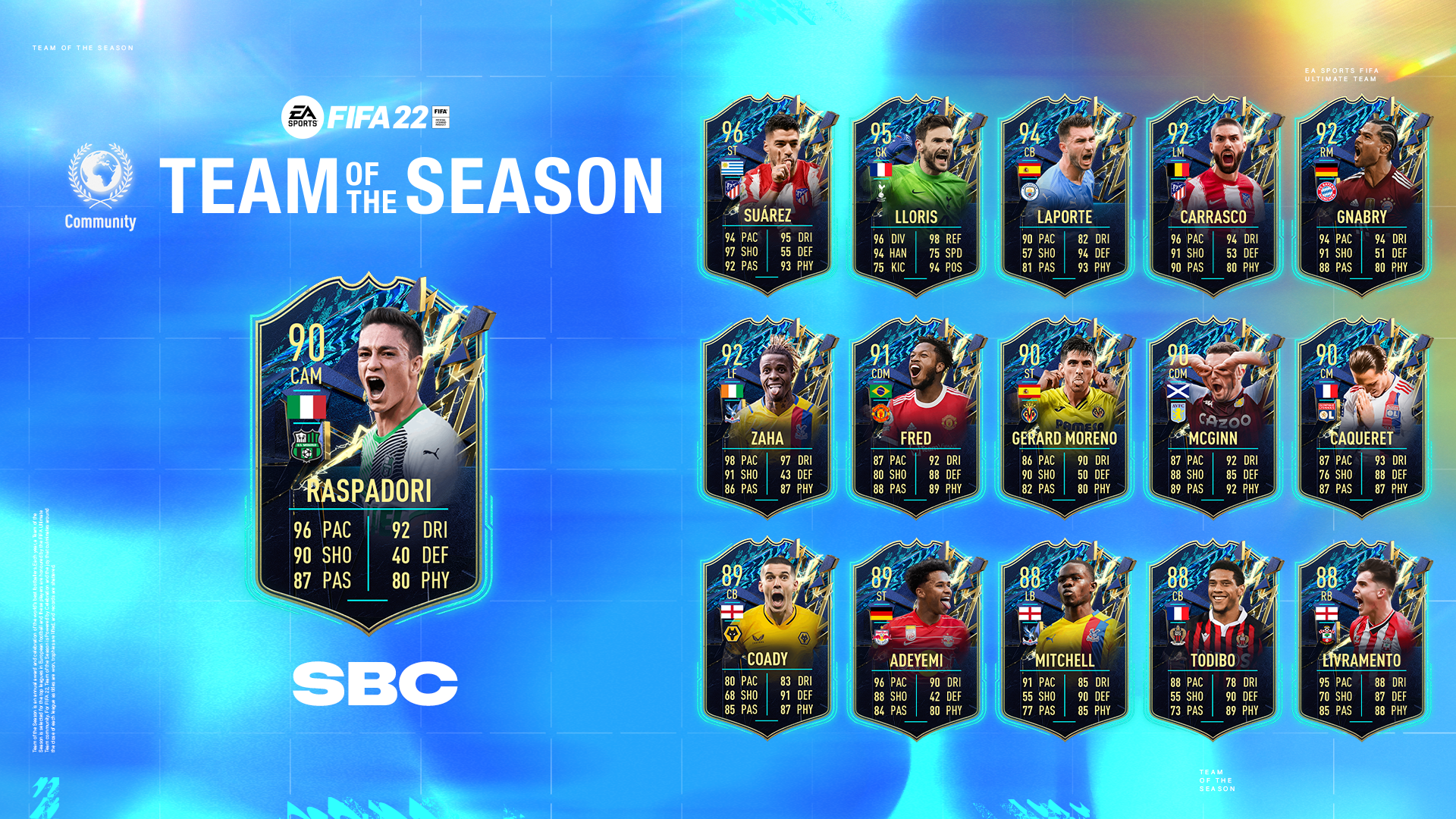 A Community Team of the Season (TOTS) squad-building challenge (SBC) was added today to FIFA 22 Ultimate Team that grant players who complete it with a 90-rated TOTS version if Giacomo Raspadori from Sassuolo.

The TOTS promotion celebrates the greatest players around the world based on their performance during the 2021-2022 season. The selected players receive an upgraded TOTS version in FIFA 22 Ultimate Team.

If you use this card in your team, you can make perfect and strong links with some incredible Italian players such as Antonio Di Natale, Paolo Maldini, Franco Baresi, and Roberto Baggio.

If you are interested in getting this Community TOTS version of Raspadori, you’ll have to complete two squads: Italy and Serie A TIM.

Building both segments from scratch will cost you around 112,750 FUT coins on PlayStation, 106,300 on Xbox, and 127,000 FUT coins on PC and Stadia. You’ll have until May 6, which is enough time to craft some cards and spend less on the FUT market.

The first squad requires an 84-rated squad with 70 chemistry minimum and at least one Italian player. It will reward those who complete it with a small rare mixed players pack.

The second solution must be an 85-rated team with 65 chemistry minimum and no less than one player from Serie A. The reward for this one is a premium electrum players pack.

Here are the cheapest solutions right now to complete Community TOTS Giacomo Raspadori SBC in FIFA 22 Ultimate Team, according to FUTBIN, a website that specialized in FIFA content: