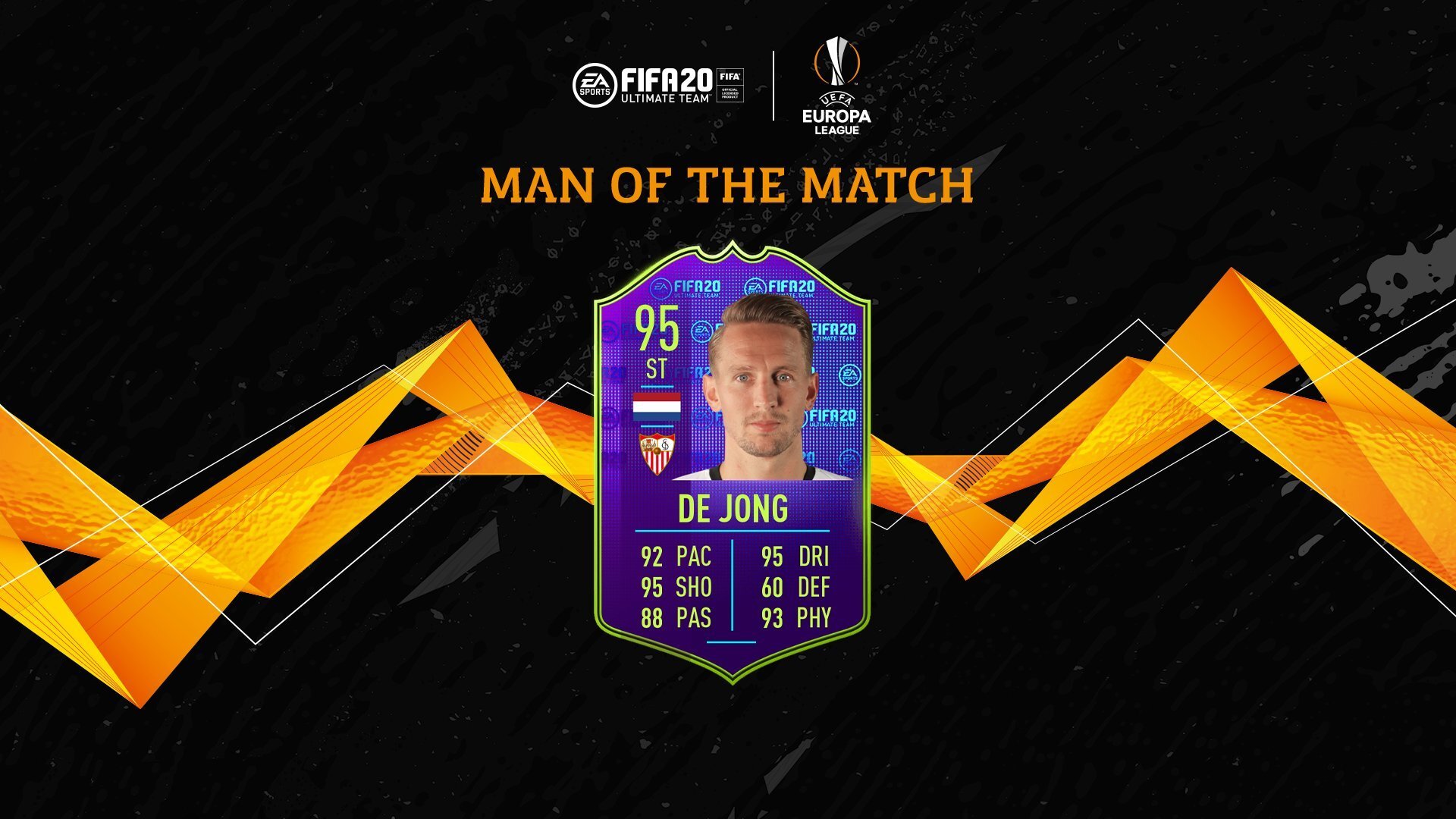 The Dutch received this special card because he was the Man of the Match in the UEFA Europa League (UEL) grand finals on Aug. 21, in which Sevilla defeated Internazionale 3-2. Luuk de Jong scored incredible headers in the game and was a huge part of Sevilla’s sixth UEL title.

This 95-rated Award Winner version of de Jong has received multiple upgrades. EA massively boosted all of de Jong’s stats, including Pace (+33), Dribbling (+23), Passing (+15), Shooting (+13), and Physical (+13), when compared to de Jong’s 84-rated Team of the Week (TOTW) version, the only special card he had received in FIFA 20 Ultimate Team until today.

This SBC comes at a great price, around 100,000 FUT coins on any platform, for a high-end card. If you want to complete Award Winner de Jong SBC, you’ll have to turn in one 84-rated squad with 60 chemistry minimum and at least one player from the LaLiga. This SBC will expire on Aug. 31.

Here’s the cheapest solution to complete Award Winner de Jong SBC right now, according to FUTBIN, a website that specializes in FIFA content.