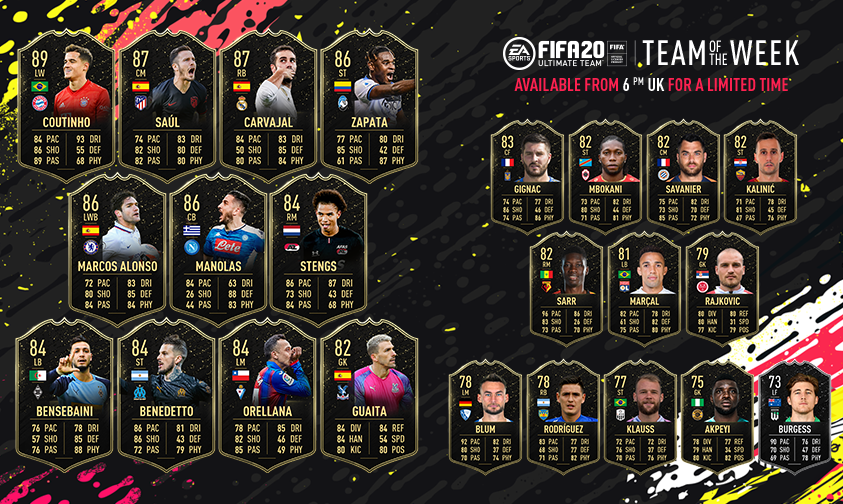 EA creates a new version for players who performed well every week after the leagues’ fixtures are done. The TOTW 25 will replace the former batch of TOTW players today at 12pm CT in FUT packs. The cards will remain in packs until a new TOTW is released.

This week isn’t as good as last week, but there are still some solid options to boost your Ultimate Team. Philippe Coutinho 89 from Bayern Munich is likely the most usable player out of all these cards, but Daniel Carvajal 87 from Real Madrid is also a solid pick.

Here’s FIFA TOTW 25. It includes the players’ new overall rating as well as the overall from its gold card and its previous TOTW card—if he had one before.