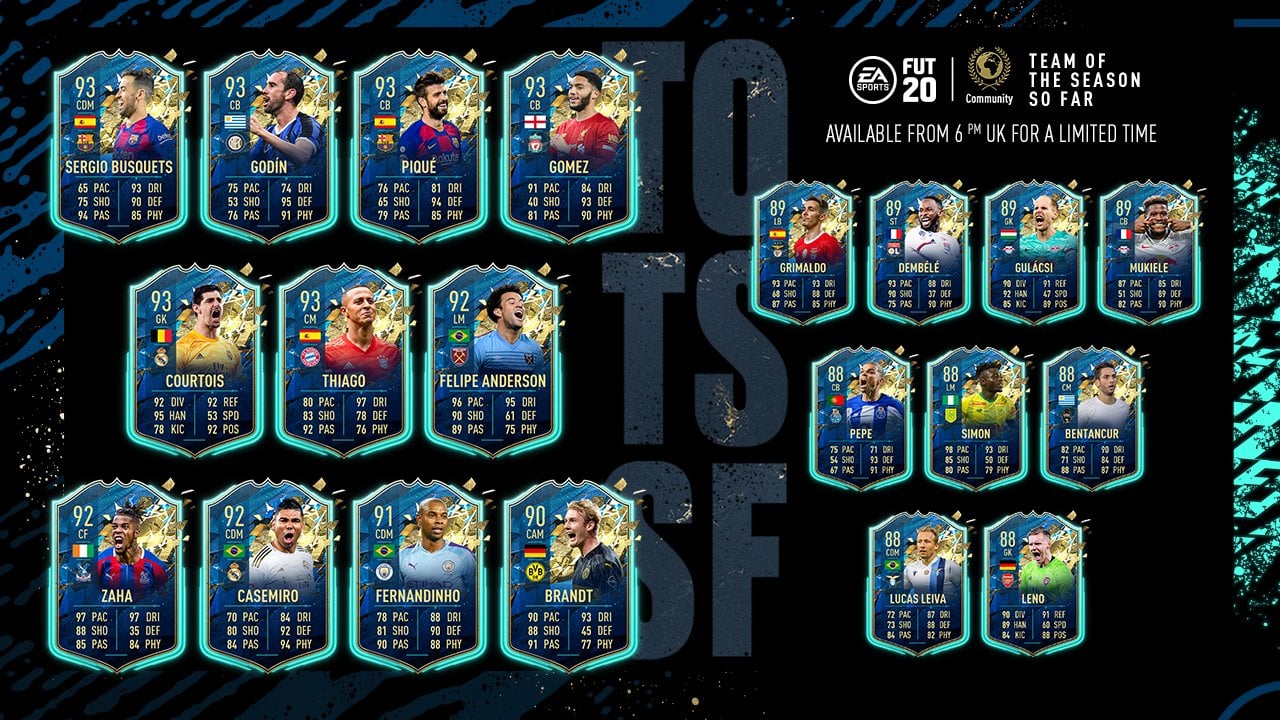 EA Sports unveiled the Team of the Season So Far (TOTSSF) set today, chosen by the FIFA 20 community.

The cards are already available in Ultimate Team for a limited time. You can earn one of them in FUT packs but can also experience them in FUT Draft since they’ll available there, too.

The FIFA 20 community has voted for this specific set. There are cards that are well-suited for the current meta, such as the 92-rated Wilfried Zaha from Crystal Palace, the 92-rated Felipe Anderson from West Ham, and the 88-rated Moses Simon from Nantes.

Along with this set of cards, EA has released two TOTSSF objective players that you can earn by simply playing the game: an 89-rated Marcus Thuram from Borussia Mönchengladbach and an 88-rated Ivan Toney from Peterborough United.

If you like to complete squad-building challenges (SBC), EA has added a 90-rated Mauro Icardi from Paris Saint-Germain, which costs around 150,000 FUT coins, according to FUTBIN, a website that specializes in FIFA content.

Here’s the set of TOTSSF community cards that were released today. They include the players’ new overall rating as well as the overall from their gold card.