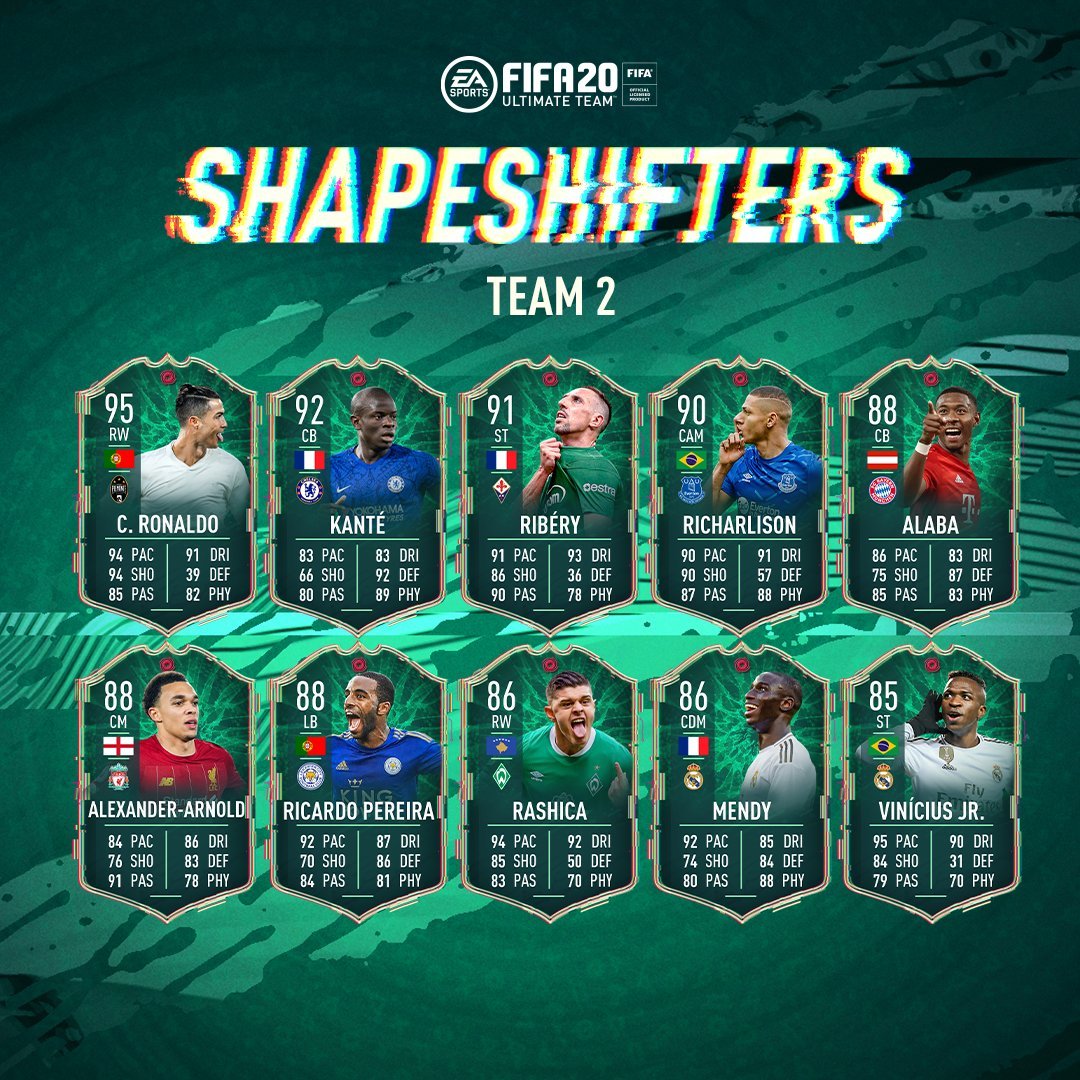 This promo introduced some of the best players in the world in different positions based on some of their matches. In the first week, FUT players had the chance to pack or buy powerful cards, such as Lionel Messi 96 CF from Barcelona, Marcelo 91 CAM from Real Madrid, and Riyad Mahrez 89 CAM from Manchester City.

Now, players will have the opportunity to either pack or buy some more cards that fit well in the current FUT meta. The best ones are Cristiano Ronaldo 95 RW from Piemonte Calcio, Kanté 92 CB from Chelsea, and Richarlison 90 CAM from Everton. EA Sports also released a squad-building challenge (SBC) for Denis Zakaria 87 CB.

The player objective card this week will be an unusual but fun Marc Bartra 87 ST. This is the biggest change EA has made to a card since he plays as a CB.

Here’s the second team of the ShapeShifters promo.