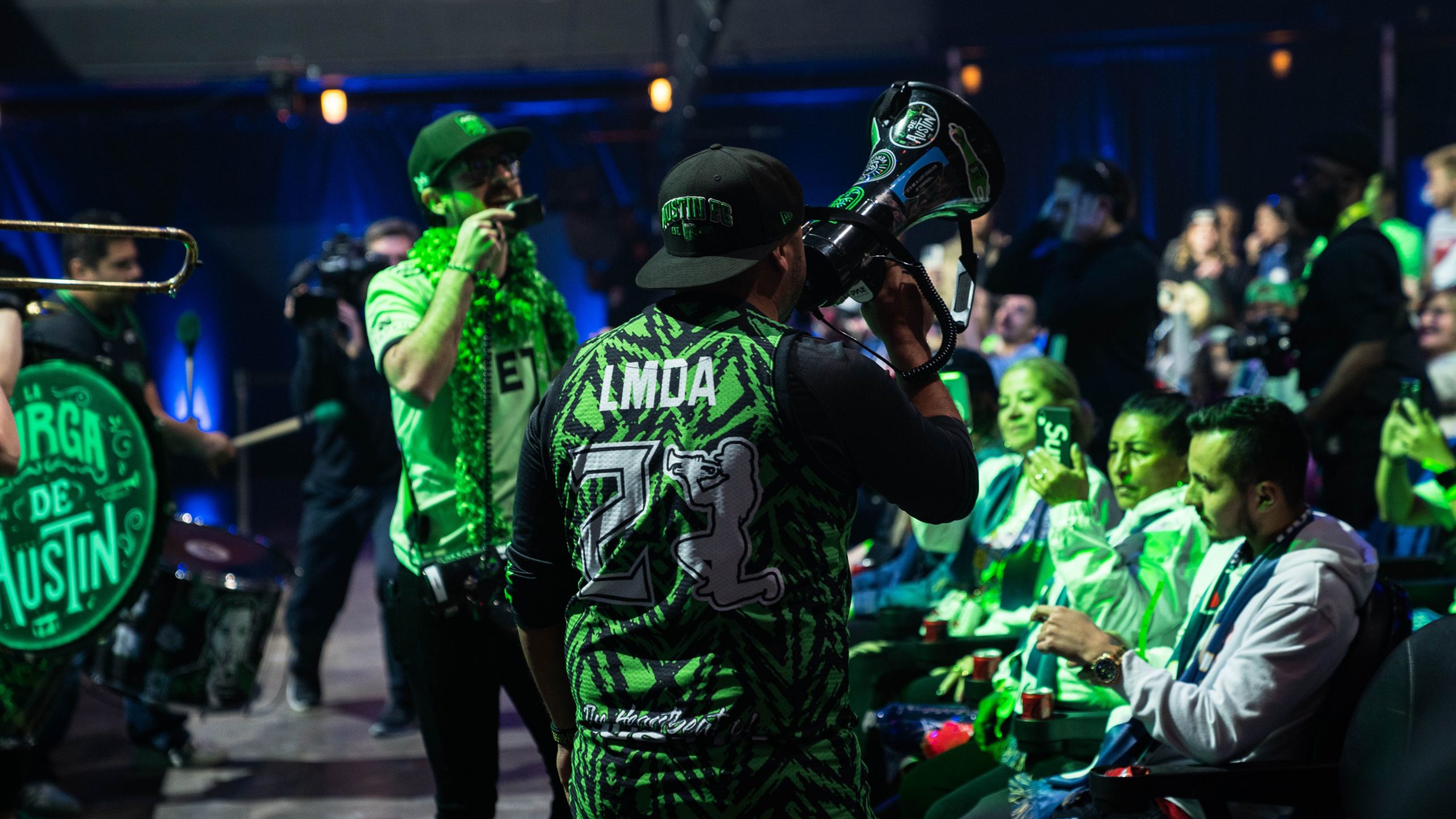 On the day of the eMLS Cup in Austin, everything was green.

The wristbands for the drink tickets? Green. The only type of beer sold? Heineken — green again. The vast majority of jerseys were green. This is by design: the hometown team, Austin FC, is proudly “verde,” and they’re the host team, of sorts.

La Murga, a supporters group that doubles as a band, had the historic Moody Center rocking in between games. Every mention of John “xVerde” Garcia, the Austin FC’s representative, was met with “A-T-X-A-T-X” cheers. Naturally, it was a big moment for the 26-year-old from California. “You can see it on them, you can see the excitement,” xVerde said after his first-round exit.

While some esports have, for good reasons, eschewed ties to traditional sports, the eMLS has embraced it. The eMLS offices are in the MLS offices themselves, and the league actively pushes ties to teams. XVerde changed his in-game name from “xbLeU” in order to have a deeper connection to the local fans, according to a press release. The eMLS worked with Austin FC to get their supporter groups in the building, to have a rowdy group of people ready to be excited about anything Verde. 27 of the MLS teams have ties to eMLS. Membership isn’t mandatory, it’s compulsory. That’s up from just 19 teams in the inaugural eMLS season in 2018.

The MLS is nowhere near the juggernauts other professional sports are yet, but it’s far from a small fish. Over the past decade, the sport has been creeping closer to its American sports brethren. Tying the eMLS to MLS makes sense – the hardcore, committed fans are most likely play FIFA, and they definitely want to throw more fuel on the fire. Additionally, according to Sportico, the average MLS fan’s age is significantly lower – esports land and connect with a younger audience.

In an era where esports, writ large, is mostly licking its wounds from trying to be too much like sports, the eMLS might have nailed the connection sports-tied esports need to have: lean into your deep-rooted ties with the sport.