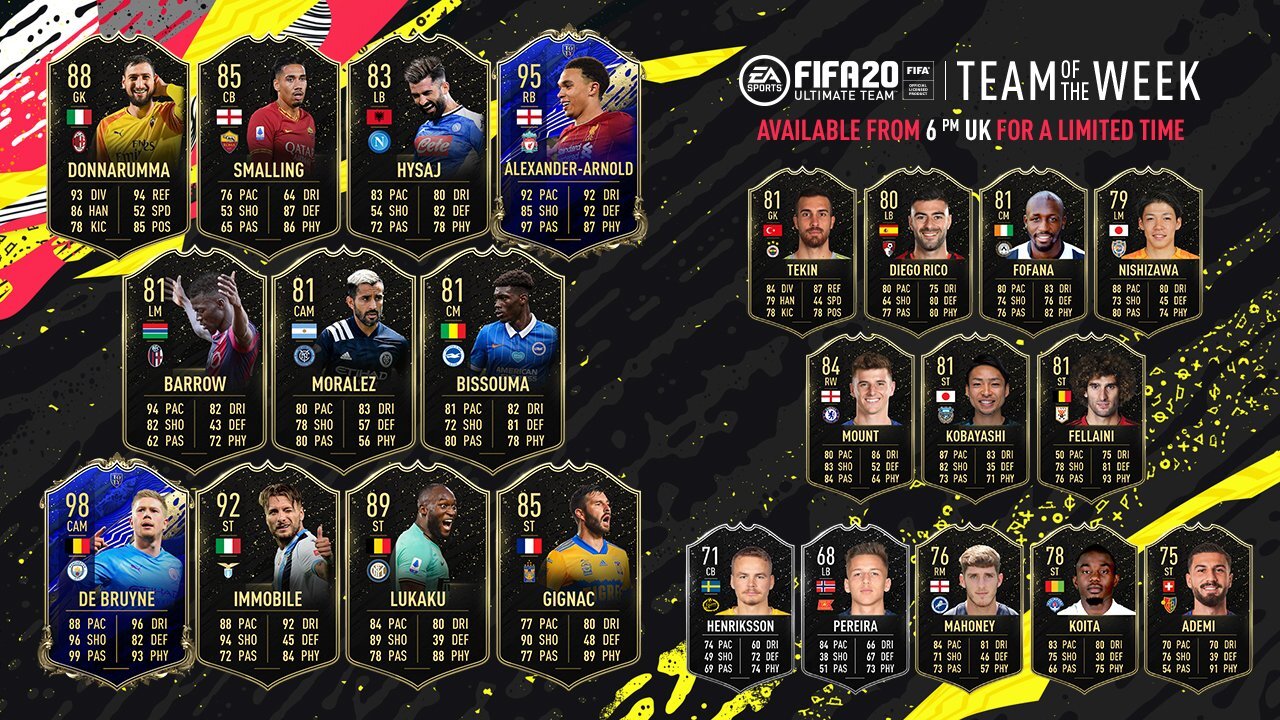 This will be the last TOTW batch in FIFA 20 Ultimate Team since the most important soccer leagues, such as the Premier League, Bundesliga, and the Serie A, have ended. EA creates a new version for players who performed well every week after the leagues’ fixtures are done.

The TOTW 32 will replace the former batch of TOTW players today at 12pm CT. You can acquire them through the FUT market or you can earn some cards if you played in the last Weekend League.

The highest-rated players in TOTW 32 are Team of the Year (TOTY) Kevin De Bruyne 98-rated, TOTY Trent Alexander-Arnold 95-rated from Liverpool, a 92-rated version of Ciro Immobile from Lazio, and an 89-rated version of Romelu Lukaku from Internazionale.

Aside from TOTY De Bruyne and Alexander-Arnold, none of these players will be usable at this stage of the game since there are a lot of better cards available. You can still sell one of them for at least 10,000 FUT coins or insert them in a squad-building challenge (SBC) of your preference.

Here are all of the TOTW cards that were added this week.