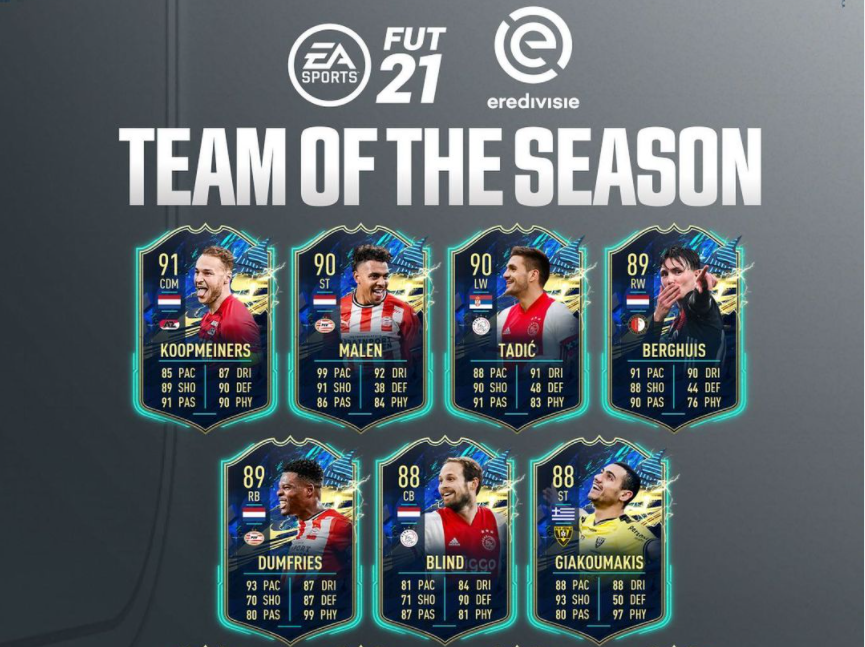 This squad has replaced the Liga NOS TOTS cards in FUT packs for seven days, alongside the CSL TOTS squad. Aside from getting them from packs and the FUT market, you can pack one of them in your Weekend League rewards, if you attended the last competition, or test one of them in FUT Draft.

The highest-rated Eredivisie TOTS cards are a 91-rated Teun Koopmeiners from AZ, a 90-rated Donyell Malen from PSV, a 90-rated Dušan Tadić from Ajax, and a 89-rated Steven Berghuis from Feyenoord. In addition to the official squad, EA also added one more Eredivisie TOTS card, which is a 90-rated version of Antony from Ajax. The item is available for free for seven days by completing in-game objectives.

Here are all of the Eredivisie TOTS cards that were added to FIFA 21 today.

Cards in packs and FUT market