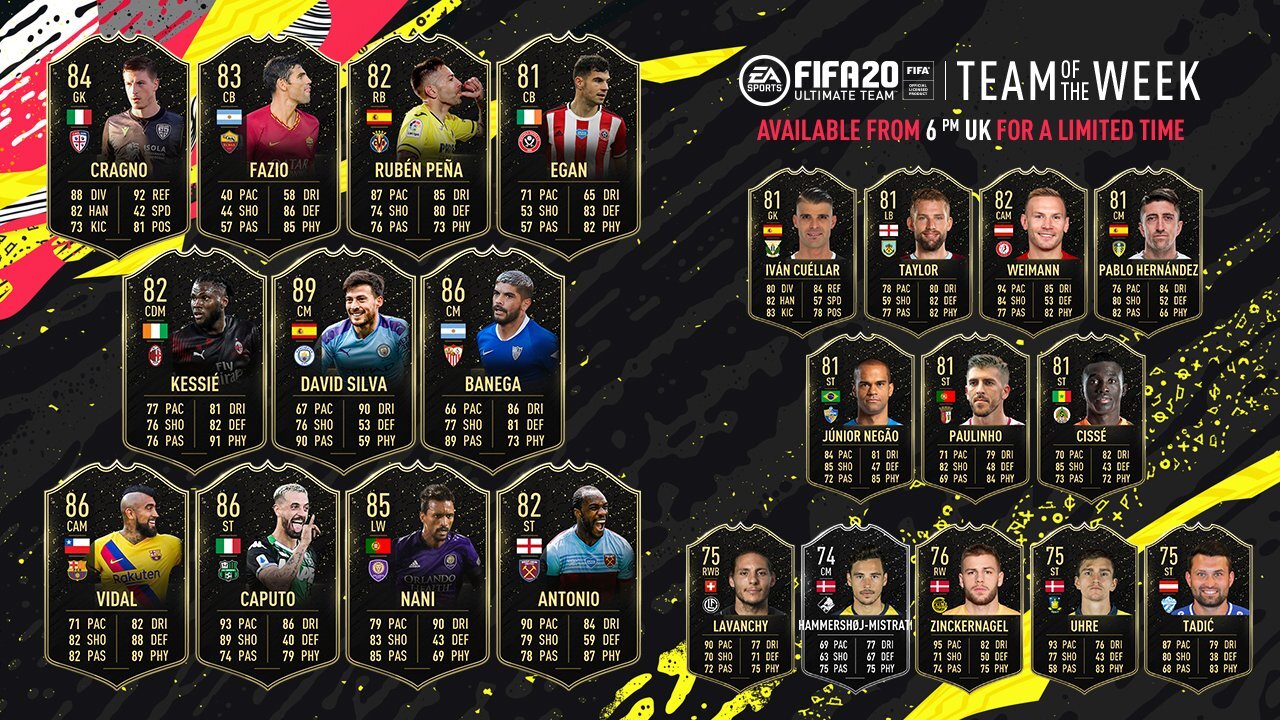 EA creates a new version for players who performed well every week after the leagues’ fixtures are done. The TOTW 30 will replace the former batch of TOTW players today at 12pm CT in FUT packs. The cards will remain in packs until a new TOTW is released. You can acquire them through the FUT market or earn some cards if you played in the last Weekend League.

None of these players, however, are usable at this stage of Ultimate Team. David Silva, for example, already has a 94-rated version and a 97-rated End of an Era card, which have much better stats. You can use these TOTW cards in a squad-building challenge (SBC) of your preference, though.

Here are all of the TOTW cards that were added this week.