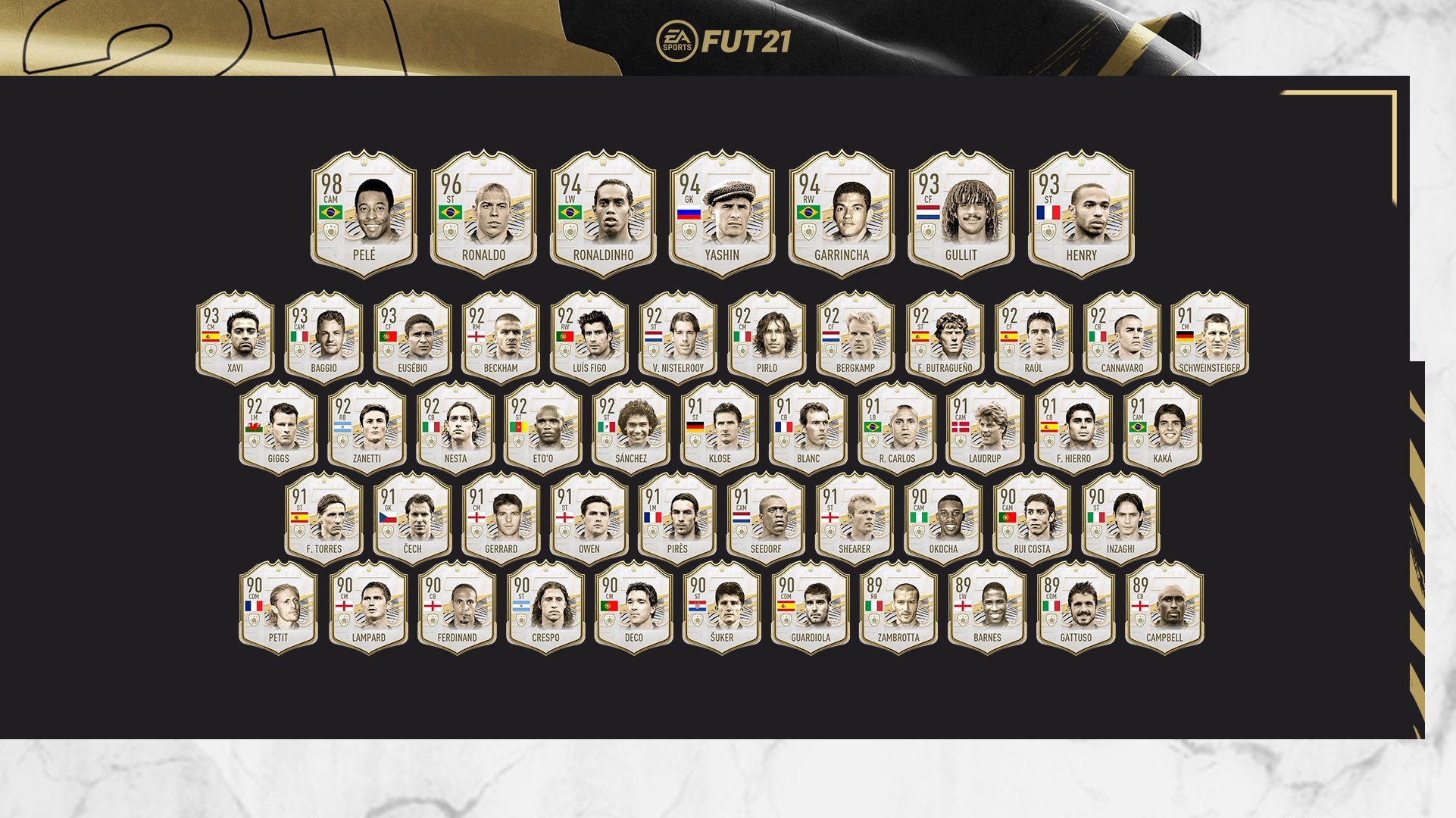 These 51 Prime Icons will be replacing their Base Icon versions in FUT packs. You can earn FUT packs by completing in-game objectives or playing modes like the Weekend League, Division Rivals, Squad Battles, and FUT Draft.

Packing an Icon in Ultimate Team is extremely rare, though, so it isn’t really worth buying FIFA points to open FUT packs. EA is expected to introduce the rest of the Prime Icons in FUT packs after the second season of FIFA 21 Ultimate Team ends in 21 days.

Here are all of the Prime Icons EA introduced today sorted by rating.