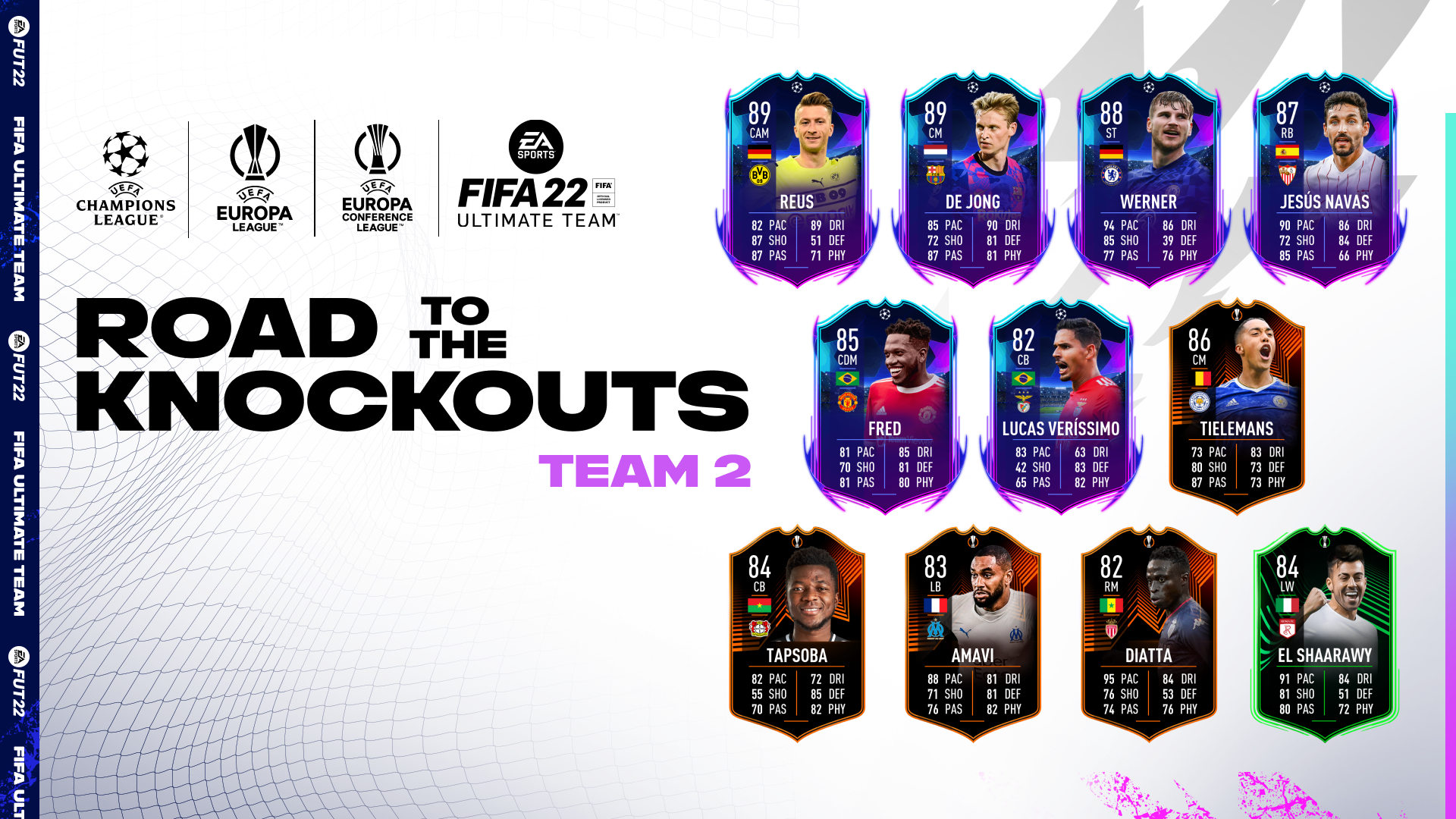 EA Sports added the second team of the Road to the Knockouts (RTTK) promotion to FIFA 22 Ultimate Team today.

There are 11 new RTTK players on the second team. This promo will follow the group stages of the UEFA Champions League, UEFA Europa League, and UEFA Europa Conference League.

The items released during the RTTK promo have the potential to earn two dynamic upgrades throughout the group stage of each tournament, aside from the initial upgrade for every player selected to the RTTK team.

The first way to get the upgrade is if the player’s team qualifies for the knockout stage of their current competition. The other way is if their club earns three wins in their four remaining group stage matches.

This team will be available in packs until the next squad takes its place next week. Here’s the second Road to the Knockouts team added to FIFA 22 Ultimate Team: 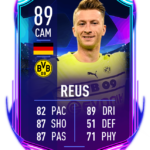 EA also released an RTTK Bernardo Silva SBC and RTTK Max Kruse objectives aside from team two today. More RTTK players will be introduced through SBCs and objectives along the way.