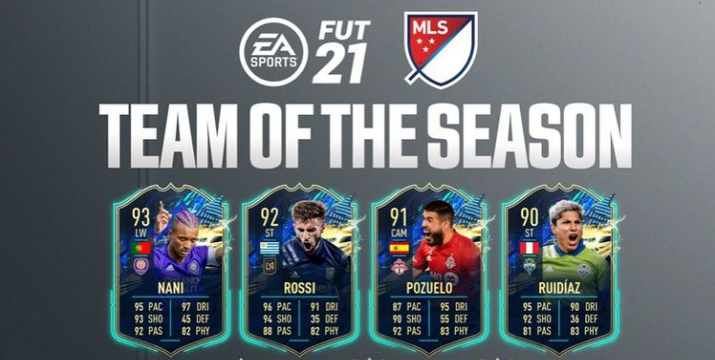 These teams are a part of the minor leagues being released by EA when compared to the previous LaLiga and Bundesliga TOTS teams, for example. But they still have great players either way. This week’s highest-rated players are 93-rated Nani and 91-rated Cesinha, while the lowest are 85-rated Mensah and 85-rated Mannus, which aren’t bad cards.

Both teams have great players who can be a good addition to your team or be used as fodder. It all depends on your luck to get them from a FUT pack. The MLS and ROW TOTS teams will replace last week’s Chinese Super League (CSL) team, so you can now get one of these players in FUT packs for a limited time.

Here are all of the new MLS and ROW TOTS players who were added to FIFA 21 Ultimate Team today.

EA also added a 91-rated MLS TOTS Blaise Matuidi SBC and a 91-rated TOTS Luis Rodríguez objectives today. Players can expect several SBCs and objectives to be released every week until the end of the promotion.