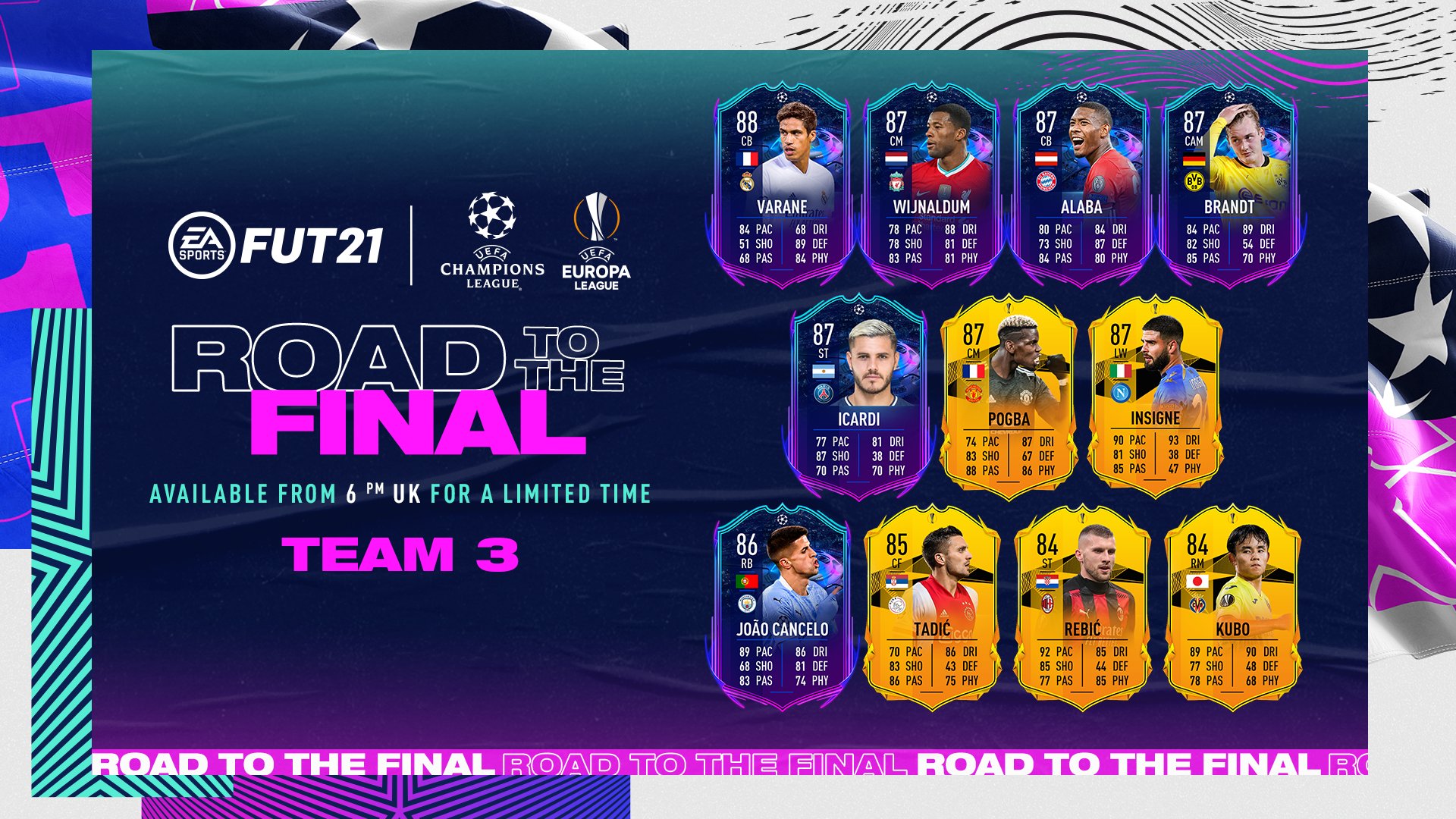 EA Sports has released the third team of Road To The Final (RTTF) cards for FIFA 21 Ultimate Team today. Players will be able to get UEFA Champions League and Europa League dynamic cards based on how the tournaments progress.

Players’ Road To The Final items will receive an upgrade each time their team succeeds at select stages throughout the tournaments, such as the knockout stage, the quarterfinals, semifinals, and so on.

There are some interesting options available, such as an 88-rated Raphaël Varane from Real Madrid, an 87-rated Georginio Wijnaldum from Liverpool, and an 87-rated David Alaba from Bayern Munich. These are great cards and their teams have a good chance of going further in the tournament.

There are 11 new cards in total and they’ll be available in packs for a limited time starting today. If you’re lucky enough to pack one of them from a tradeable FUT pack, you can sell the live item for a high price on the FUT market.