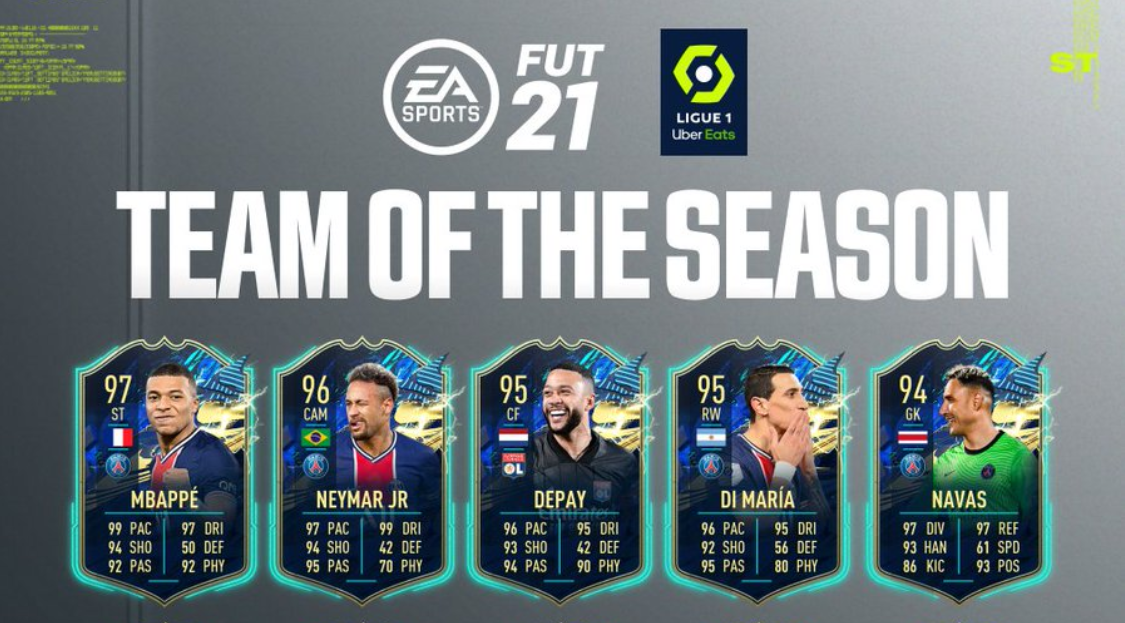 Like all the other major soccer leagues, this TOTS squad includes a bunch of good options, including lower-rated cards such as Lucas Paquetá from Lyon. You’ll be able to pack one of these cards until next Friday, June 4, acquire them on the FUT market, or get them in your Weekend League rewards on Thursday, June 3 if you play FUT Champions this weekend.

Aside from the cards that are available in packs, EA also added a 90-rated version of Presnel Kimpembe from Paris Saint-Germain that’s obtainable by completing a set of in-game objectives.

Here are all of the Ligue 1 TOTS cards that arrived in FIFA 21 Ultimate Team today.

Cards available in FUT packs or in the FUT market