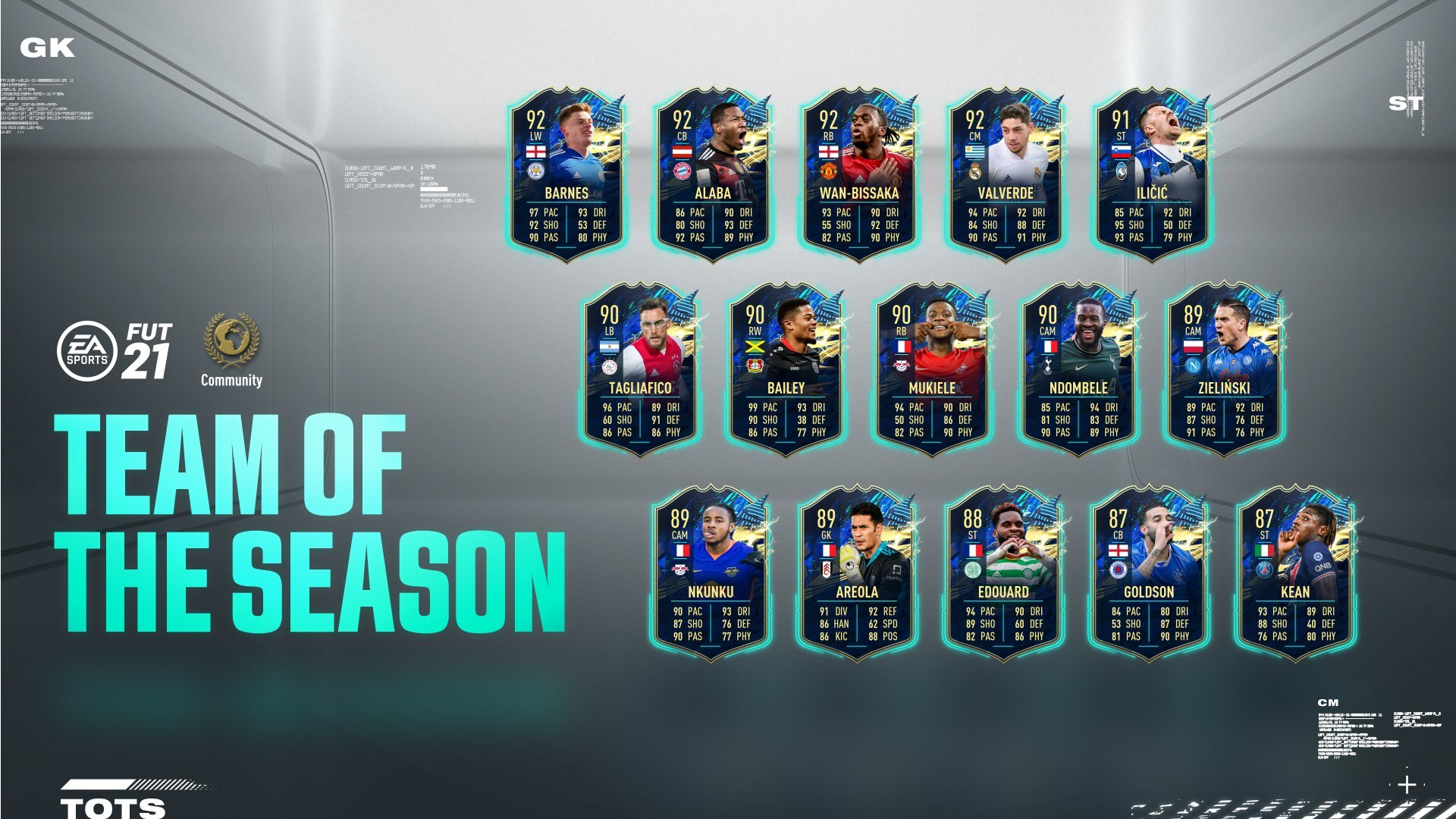 EA Sports has added the first teams of the Team of the Season (TOTS) promotion to FIFA 21 today: the Community TOTS and the EFL TOTS.

This is one of the most anticipated promotions of the franchise. It celebrates and highlights the best players who made the greatest impact for their respective clubs in the different leagues across Europe.

The Community and the EFL TOTS feature players from the EFL Championship, League 1, and League 2 in the 2020-21 season. Here’s the EFL Team of the Season and their ratings:

Players had until April 21 to vote for their preferred TOTS as well, allowing them to build their perfect team from seven goalkeepers, 25 defenders, 34 midfielders, and 33 attackers.

The chosen Community TOTS features names such as Federico Valverde from Real Madrid, David Alaba from Bayern Munich, and Josip Iličić from Atalanta.

Here are the Community TOTS players of FIFA 21 Ultimate Team:

EA also added TOTS Correa and TOTS Powell objectives, as well as the TOTS Federico Chiesa SBC today. Players can expect several SBCs and objectives to be released every week until the end of the promotion.