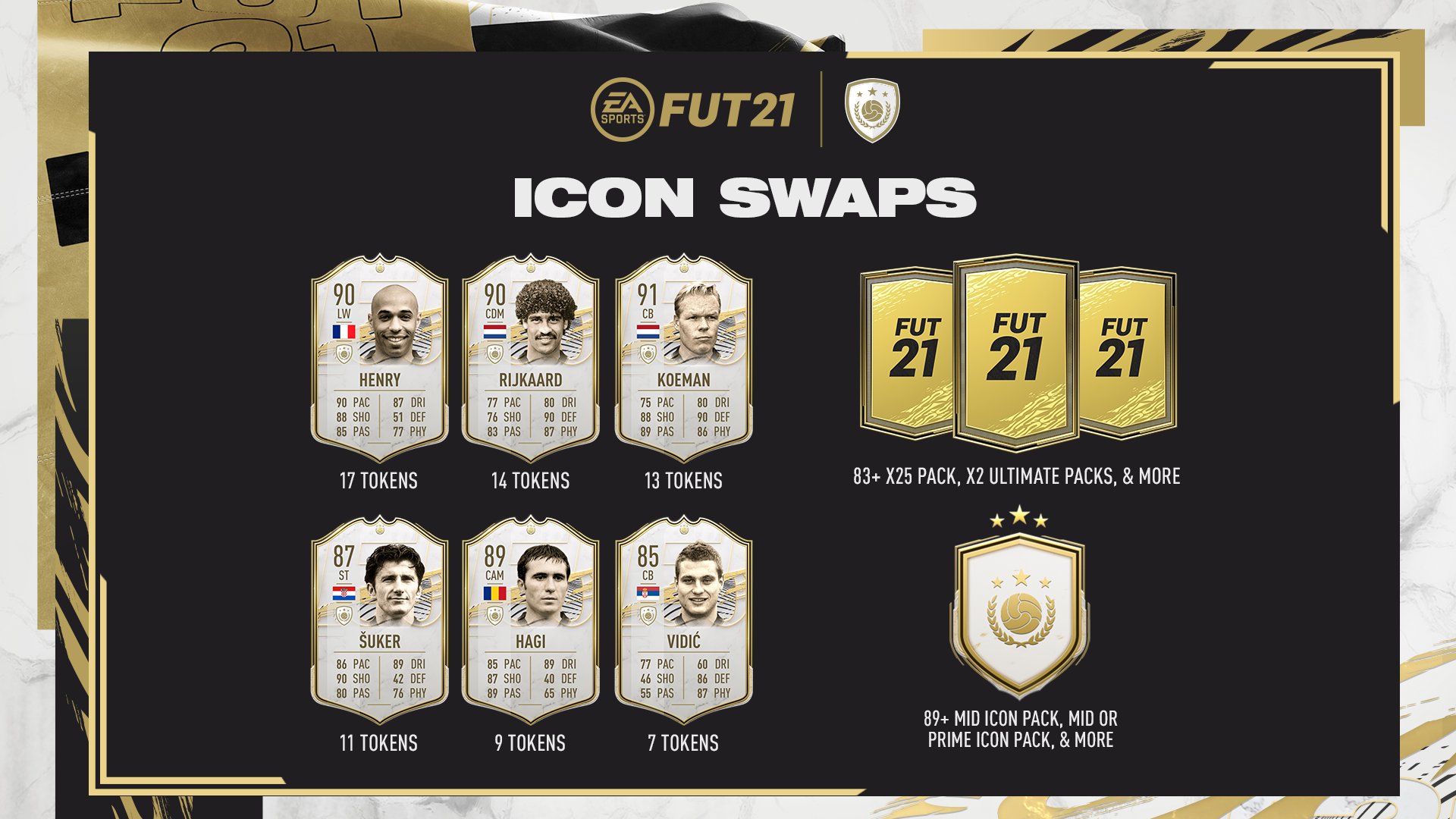 Players will earn a token every time they complete a challenge listed on FIFA 21 Ultimate Team’s objectives menu. Once you gather enough tokens, you can trade them in for the Icon card of your preference. There are six Icons available: Nemanja Vidić (base version), Gheorghe Hagi (mid version), Davor Šuker (mid version), Ronald Koeman (prime version), Frank Rijkaard (prime version), and Thierry Henry (mid version).

Each of these icons will have their own price. Vidić requires the fewest tokens, while Henry requires the most. Independently of the player you choose, the Icon will be an untradeable item, so you can’t sell it on the FUT market.

The Icon Swaps’ objectives will be available until Jan. 1 when the second season of FIFA 21 Ultimate Team ends. The majority of objectives require you to win six matches in the Live FUT Friendly: One League with at least first owned players from a determined soccer league.

Although some fans are happy with the launch of Icon Swaps, part of the community expressed on social media that they didn’t like the Icons EA chose for this first set of Icon Swaps. It’s not worth grinding the game for so many hours to grab cards like Vidić or Hagi, for example. But we’d advise you to get all the tokens and spend them on Henry because he’s a meta card and will link to several quality French players.

Here’s how many tokens each of the Icon Swaps players will cost.