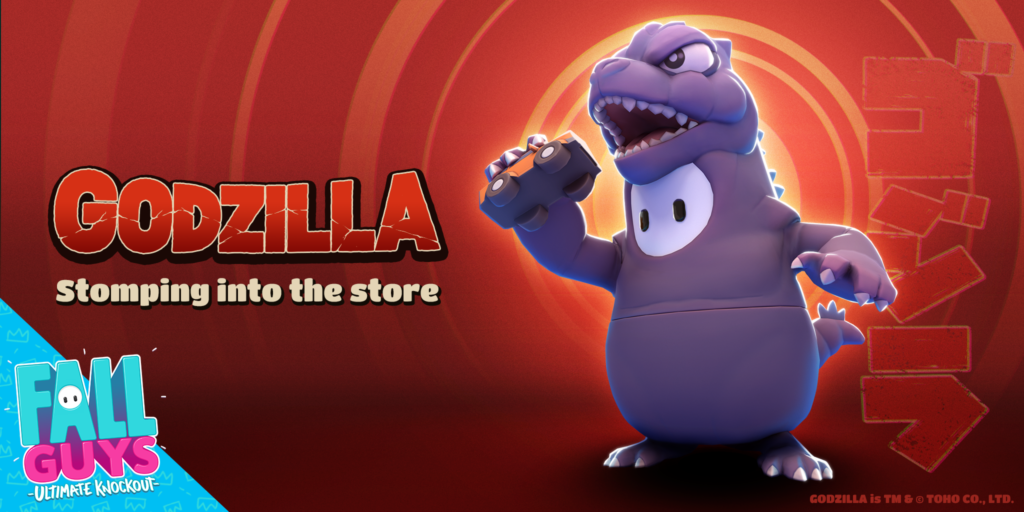 The Godzilla costume is available for purchase today in Fall Guys in celebration of Godzilla Day. Players can become the iconic monster in-game and will have a limited time to buy the outfit.

Mediatonic recently announced the Godzilla costume to give players time to save their crowns. Each part of the ensemble will cost five crowns, so players will need 10 in total for the full costume. One crown is awarded per win, so players still have time to grind matches if they’re low on crowns.

The costume features Godzilla’s iconic scaly black and purple color and also includes a small car in its left hand. This isn’t Godzilla’s first video game appearance, but it’s one of his most friendly iterations.

Godzilla isn’t the first character to make an appearance in Fall Guys, either. Mediatonic has partnered with several games to bring iconic characters to the popular battle royale game, such as Gordon Freeman from Half-Life, Scout from Team-Fortress, and P-body from Portal 2. Sonic the Hedgehog also made a recent appearance as an unlockable costume, but few characters are as iconic and terrifying as Godzilla.

Mediatonic hinted at other leaks in the Godzilla costume trailer, which might indicate other unique skins are on the way. Fans may see other characters from the Godzilla universe make their battle royale debut.

There will likely be dozens of Godzilla costumes running around in Fall Guys today, so make sure to log in if you want to be a part of the fun.