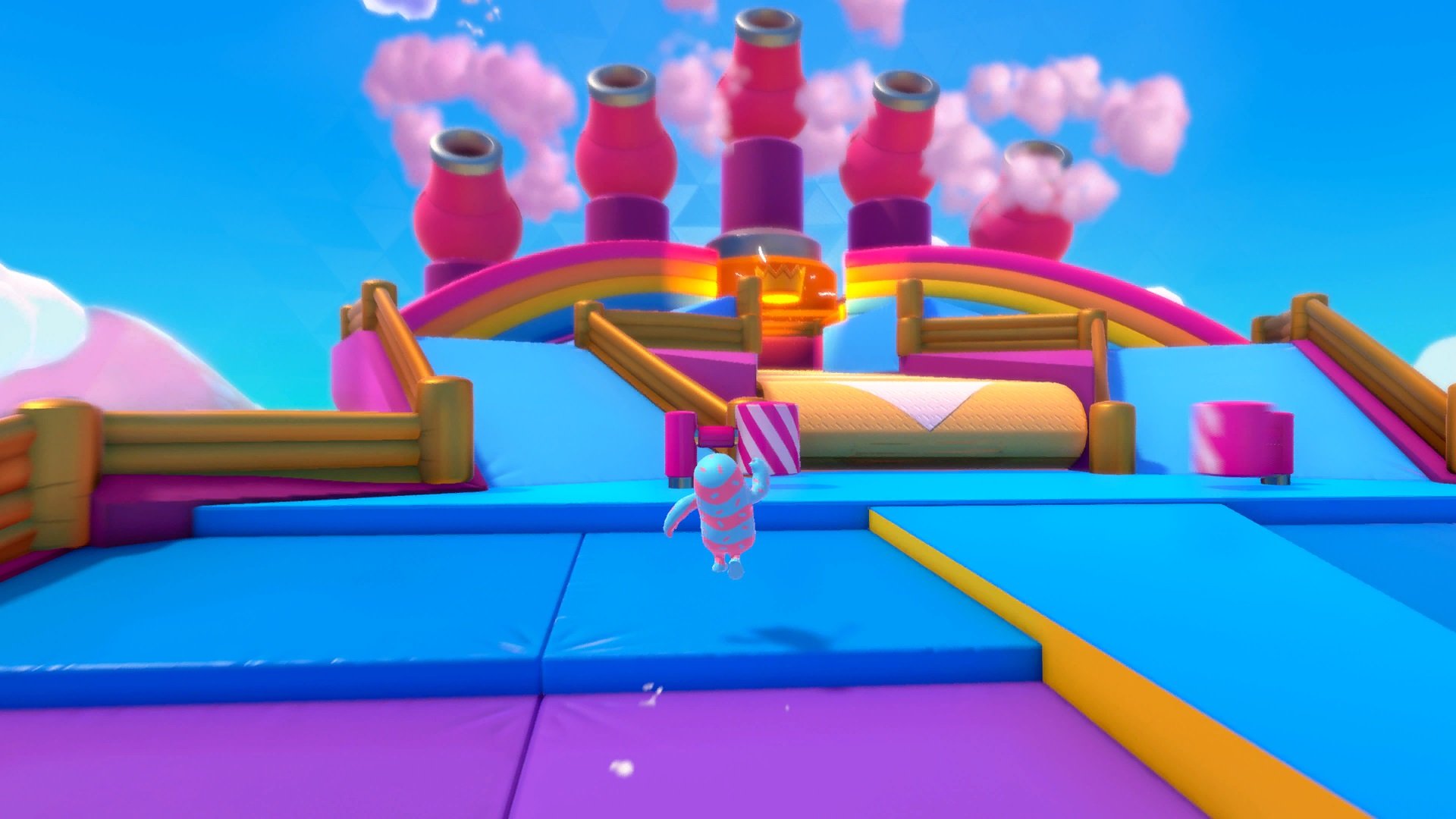 The first featured skin for Fall Guys: Ultimate Knockout‘s season two is on the way and it’s none other than the game’s community director, Oliver “OliverAge24” Hindle—one of the masterminds behind the self-proclaimed “very spicy tweets.”

The cosmetic bears a striking resemblance to Oliver, with his beard, tattoos, and long hair, complete with a blue lock. His pink shirt also shows a bean, one of Fall Guys‘ characters. The visual is coming as a featured skin tomorrow, Oct. 9.

Developers hid the upcoming skin from Hindle under the working title of “Poet” and the team gave Hindle a handful of explanations that ranged from a placeholder name to a Hamlet-esque bard. The community director caught wind of the cosmetic through a Twitter account dedicated to leaks, according to him.

Fall Guys became an overnight sensation in no small part due to its unusual (but effective) social media strategy. Although the official Twitter account may look more mad than methodical, there’s a reason behind every tweet, he explained (yes, even the creepy X-ray of what the beans may look like inside).

Fall Guys‘ Twitter posts have a unique voice, one that’s incredibly similar to Hindle’s personal tweets. “Sometimes I’m not sure whether it’s a tweet from my own account or the Fall Guys account because I’ve been tweeting the same thing in the same way,” he told ESPN.

Hindle’s twitter strategy lightheartedly pokes fun at everything, from TimTheTatman’s unending journey to get his first win to general jokes about the yellow team and even himself. “It better cost less than [four] crowns or I can’t afford it myself,” he wrote about his featured skin, on Fall Guys’ official account nonetheless.

The featured skin will reach the servers tomorrow, Oct. 9. Special cosmetics usually cost five crowns per part, but it’s unclear if Oliver’s skin will follow that established pattern to ensure that the community director can afford it.