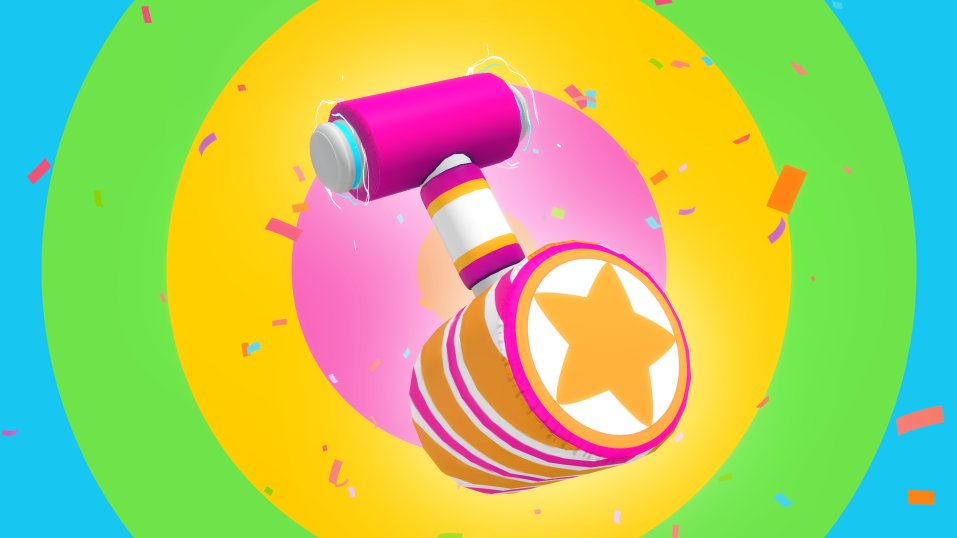 A new challenger has come to Fall Guys in today’s update.

Players can finally meet Big Yeetus, a large hammer that will appear randomly in some stages to give beans a friendly push—possibly to their death. Mediatonic also revealed that Fall Guys is getting Epic Games’ Easy Anti-Cheat as another way to curb cheating in the game.

Big Yeetus is one of the stars of the new update. The colossal hammer will appear by chance in some stages and players can use it to get an edge in some matches—with an added risk. As evidenced by its name, Big Yeetus will hurl, or “yeet,” players forward and send them flying through the arena. It’s a risky strategy that can pay off.

The new addition to the game isn’t the only random aspect on maps. The latest update will change some objects on the map based on RNG. “Objects in certain rounds will now have dynamic variations from one playthrough to the next, including new objects entirely,” the patch notes say. Mediatonic plans to expand on that feature in the future to add more rounds.

Fall Guys teased the two changes earlier this month. A video showed a glimpse of Big Yeetus in action in a Dizzy Heights match, which also had a twist: a cannon throwing fruit at the end of the level, instead of bouncing balls.

As part of its anti-cheating efforts, Mediatonic finally added Epic’s Easy Anti-Cheat program to Fall Guys on PC. This measure is the latest in a series of initiatives to curb cheating in the game, which include shadowbanning flagged players and stopping them from logging in altogether.

When Fall Guys was launched, Mediatonic added its own anti-cheat to the game. Early on, the company wasn’t banning any players—“just gathering data carefully” to ensure that the system “would only catch people who were legitimately cheating,” according to a tweet from the official Fall Guys account.

After confirming that the feature worked, Fall Guys launched “Cheater Island,” a separate matchmaking queue for players caught cheating. Players reported falling forever or taking a long time to start a match, possibly giving away that they were using hacks.

The latest patch also brought some adjustments to the game, including changes to server connectivity and a game mode. The update improved stability when moving between rounds, which should result in “less disconnections in the qualification screen and round loading now,” according to the patch notes. Mediatonic also reduced the timer on Fall Ball to 120 seconds (down from 150) and lowered the mininum player count on some modes to create more variety.