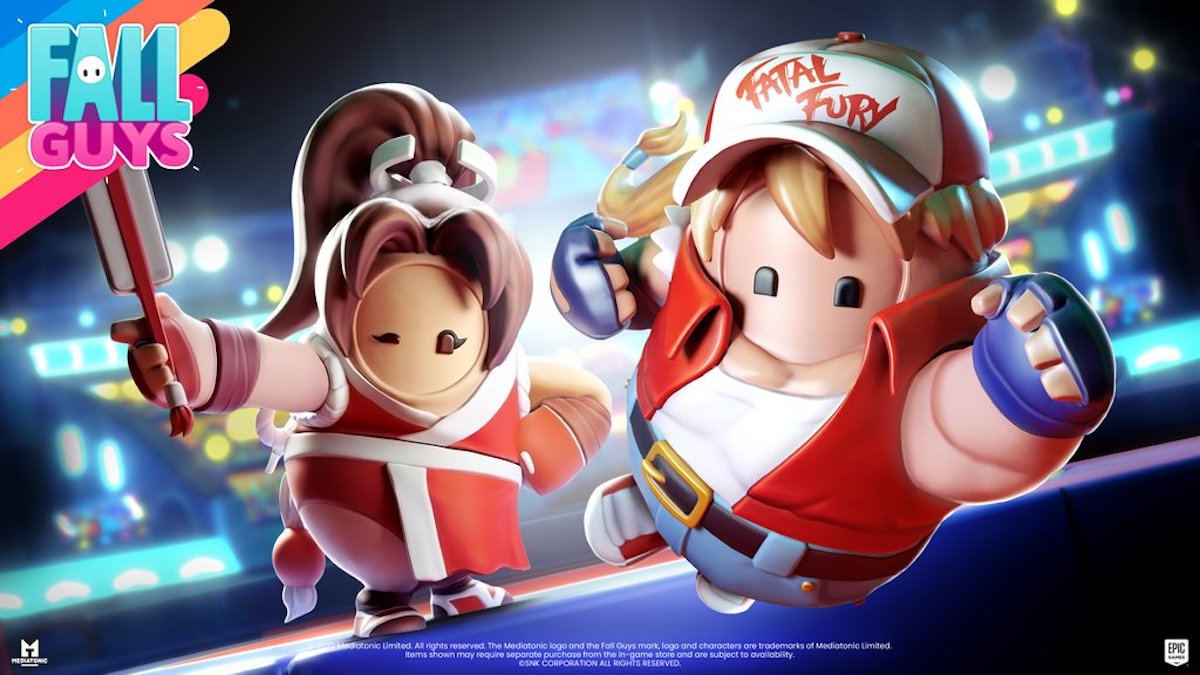 Fall Guys is teaming up with Fatal Fury, a legendary fighting game that dominated the arcade scene in the 1990s. Currently, Mai Shiraui and Terry Bogard are the only members of the Fatal Fury roster that will be making an appearance on Fall Guys.

Fall Guys recently started regaining a significant portion of its popularity after the game went free-to-play on June 21, 2022. With more players having free access to the game, Fall Guys attracted the number of players that it did when it initially launched.

To increase the retention rate of new players, Mediatonic has been hard at work with the seasonal events. Most events are bundled with limited-time cosmetics, meaning players may not be able to obtain those skins after the event wraps up.

How can players purchase the Fatal Fury skins in Fall Guys?

The Fatal Fury skins, Mai Shiraui and Terry Bogard, can be bought separately on the game’s store. Players can also purchase the bundle that contains the two skins.

In addition to the skins, the bundle also features the following items:

How much does it cost to purchase the Fatal Fury skins in Fall Guys?

Mediatonic hasn’t revealed the price tags of the two skins yet. In general, however, new skins often get listed for 1,200 Show Bucks, which equals eight dollars USD.

The new bundles often auction for 2,400 Show Bucks and the other pieces can also be purchased for 400 or 600 Show Bucks separately.

When will the Fatal Fury skins release in Fall Guys?

The Fatal Fury skins will be available in Fall Guys on Aug. 4, 2022. They should appear on the item shop after the reset. The Fatal Fury cosmetics will remain on the store until Aug. 8, giving players a total of four days to add them to their collection.