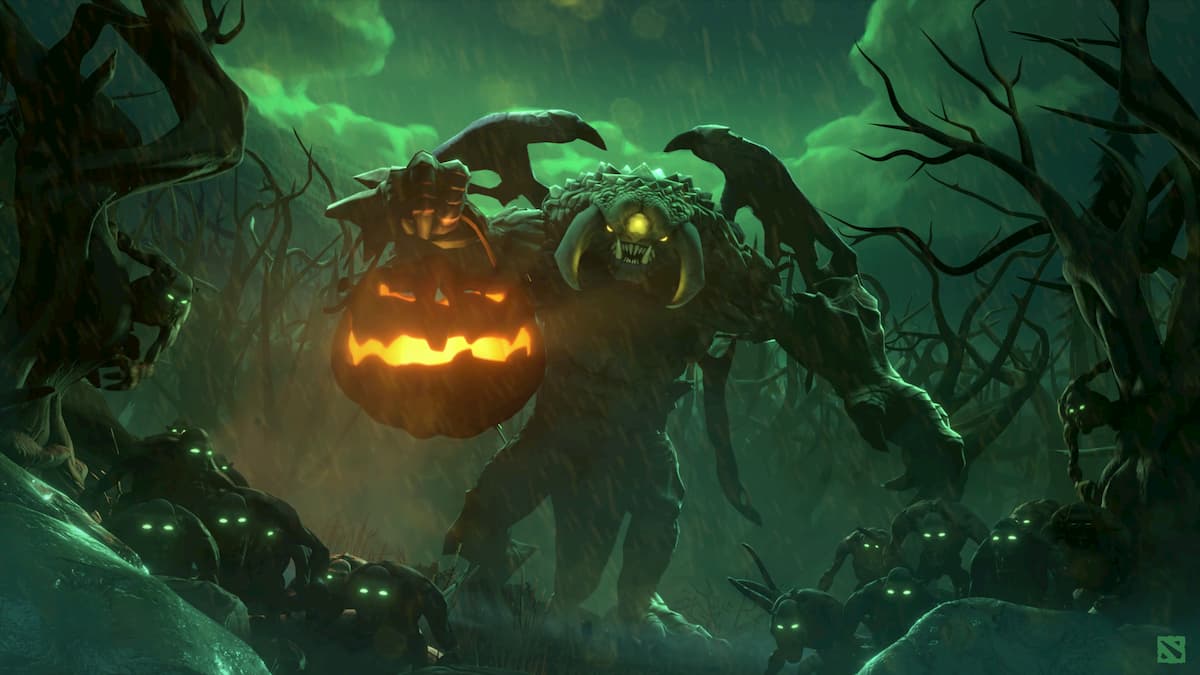 Most games have a decent track record when it comes to seasonal events. Developers usually greet fans with decorations fitting the ones outside of players’ windows during these periods, which adds to the overall gaming experience. This hasn’t been the case for Dota 2, however, and the game has been without a Halloween event since 2013.

But after seven years, Valve finally delivered what the community has been asking for and introduced a more polished version of Diretide to Dota 2 on Oct. 29. Players rushed into the event game mode to collect the most candies around the map while also guarding their stash from the enemy team. With Roshan also leaving its pit to hunt for sweets, the gameplay turns into a hectic experience—and Dota 2 even saw a spike in its average players for the first time in six months all thanks to Diretide.

Not everyone is a fan of alternative game modes, however. But Valve even had these fans covered by giving out Diretide points after regular matches. Collecting 100 points grants players one of Roshan’s rewards. There are over 75 prizes waiting to be claimed and you can also purchase the Hallowed Chest of the Diretide revamped treasure to try to win immortal items that will remind you of Diretide’s historic return.

Most Halloween events tend to wrap up around early November, but Diretide will end on Dec. 22. While it looks like Valve was generous enough with time to allow players to collect all the Diretide rewards, it may also mean that the developer might be considering skipping Frostivus, Dota 2’s Christmas themed event.

Similar to Diretide, Frostivus was also last held in 2013 until it was revived in 2017. The last three Frostivus events started between Dec. 14 and 19 and ended during the first week of the new year.

Though the future of Frostivus may be unclear due to the end date of Diretide 2020, Valve will have more than enough time to prepare for its annual New Bloom event, which celebrates the Chinese New Year. It’s one of the few events with a decent track record and was only fully canceled once in 2018.