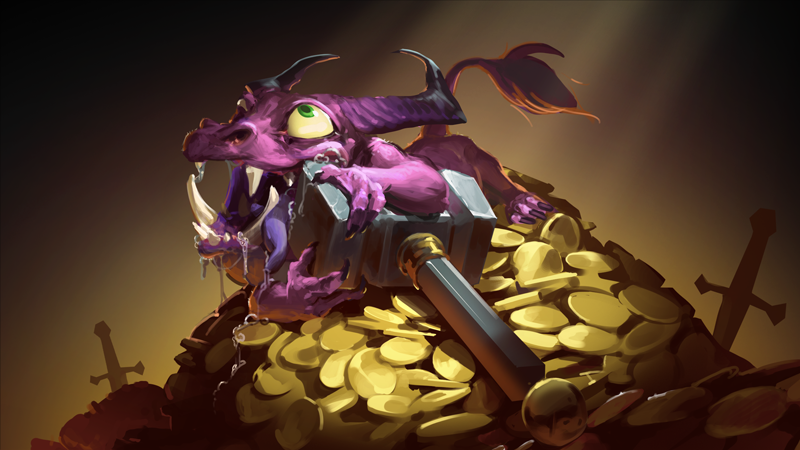 Valve has released another dev post on the upcoming Artifact 2.0 rework, detailing the inner workings of the shopkeeper in the game. The developer has also confirmed that two community chosen heroes, Nyx Assassin and Arc Warden, will be joining the card game.

Last week, Valve called for a community vote on the next hero to be presented in Artifact 2.0. The race was too close to call, leading to the developer deciding to add two frontrunners instead of one. Nyx Assassin and Arc Warden will be present in the newest version of the game, though there are still no details on when the closed beta will be available to the general public.

The shop system has been massively streamlined. Previously, item cards all had wildly varying costs roughly reflecting their power, but the wild amount of mental math in an already dense game made economy unnecessarily difficult to manage. Now, all items are split into five different tiers of power and gold cost, starting from 10 gold in increments of five, up till 30.

Most consumables have been removed from the game, including the power Town Portal Scroll. The dev team felt that while these cards “could have a huge impact”, they were too reliant on RNG in the old system, where the shop only displayed one item each from the Secret Shop, Item Deck, and Consumables every turn.

Likewise, specific item slots such as Weapon, Accessory, and Armor have been removed. Heroes used to be limited to one of each item card, which could be a frustrating experience when the shop refused to deviate from a specific type.

Since the shop was almost entirely randomized, getting a game-breaking item early on was a trivial pursuit. Now, using the tier system, players will need to decide when to use their hard-earned gold to upgrade the shop in order to access more powerful items. Players can also choose to skip the shopping phase in order to earn more gold, providing players with multiple options when the offerings fail to suit their liking.

Now, all players will receive a mobility card in the Blink Scroll, a single-use edition of the almost-necessary Blink Dagger, each time they take an enemy tower down to half health. This not only reduces the power of Dagger but also provides lane swapping options with an achievable, predetermined condition rather than chance.

Valve has also taken the opportunity to show off some of the new items, along with the always-amazing placeholder art.

Force Staff, a tier-one item costing 10 gold, features a new “random” effect, Displace. This pushes a unit one slot to the left or right, but can only be transferred to an empty space.

The catch? The item can be used on both allied and enemy units. This opens up a lot of interesting usage for the card. Could it be more beneficial to push away your opponent’s powerful hero rather than just avoiding the fight on your own unit? Is it worth taking the random risk, or pushing it away is beneficial either way? There’s a lot of ramifications to think about here. 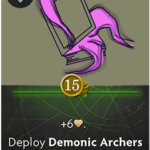 Necronomicon is a tier-two item, costing 15 gold. Its massive health buff and summoning gimmick makes it a powerful choice for an aura hero like Farvhan the Dreamer, or simply to put meat shields in place for a spellcaster.

Tier-three item Root Boots is an anti-mobility item. Valve’s recent news about the Artifact revamp has been trending towards more accessible mobility to all heroes, and an item card with a direct counter means that players don’t feel powerless. The additional armor also allows the equipped hero to trade hits with the rooted target.

It seems like there’s a lot more control over item deck building and the shopping phase now, compared to the gambling simulator that was Artifact 1.0. Players have to make choices, deciding whether to have a power spike now or delaying it to open up more options.

It’ll still be difficult to determine just how much this will change Artifact until the game becomes playable. The devs stated that the shopping system was “one of the last things [they’ve] worked on” and remains subject to change, but its reveal could be biding the arrival of the closed beta.