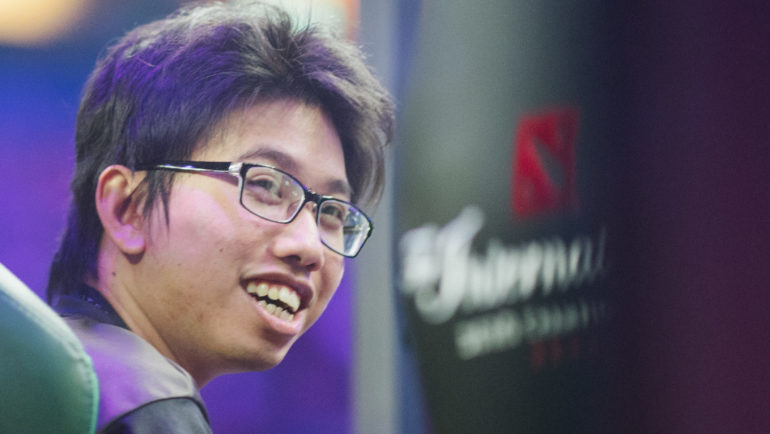 TNC Predator’s star Carlo “Kuku” Palad will be traveling to Shanghai for The International 9 despite stirring up controversy last year when he wrote a racist message in a Dota 2 public match, resulting in a ban from two different LAN tournaments held in Chongqing, China.

Kuku tweeted about heading to Shanghai for TI9 last night. Although this isn’t a direct confirmation of him attending the event, it seems highly unlikely that Kuku will be flying to Shanghai simply as a spectator. The event is only three days away and there’s been no official statement from Valve or TNC regarding Kuku’s status at the event.

Kuku typed “ching chong” to mock Chinese Dota 2 players while playing a public match last year and the resulting storm of drama was exacerbated by TNC’s manager, in which he tried to cover up Kuku’s mistake.

Due to Kuku’s insensitive remarks and the supposed concealment by team management, Valve famously stepped in to directly ban Kuku from attending the Chongqing Major. While several Dota 2 personalities were critical of Valve’s heavy-handed approach, the ban went through and TNC had to play the Major with a stand-in.

But the controversy continued in March. The World Electronic Sports Games, organized by Alisports, was held once again in the city of Chongqing. Valve’s outright statement that “Kuku is not banned by the Chinese government” was seemingly proven false when the Chongqing municipal government explicitly banned Kuku from entering the city.

In an official statement from WESG’s representatives, Cybersport.ru learned that WESG had made multiple requests to Chongqing’s Ministry of Foreign Affairs and Ministry of Public Security, but “Kuku is not allowed to enter Chongqing to participate in WESG in accordance with the decision of the city government.”

While Valve further clarified the information received on its end and its stance on the matter in a Reddit comment, the community was worried about the direct interference and the impact on Kuku’s professional career due to a one-off mistake.

Regardless, it seems like the third time’s the charm for Kuku. Fans and players alike will be able to see a TNC Predator team at full strength this month at TI9.

As major dark horses of the tournament, it’s highly likely that TNC will end up on the main stage battling Chinese teams. But will the crowd react with friendliness or hostility? We’ll find out when TI9 begins on Aug. 15.