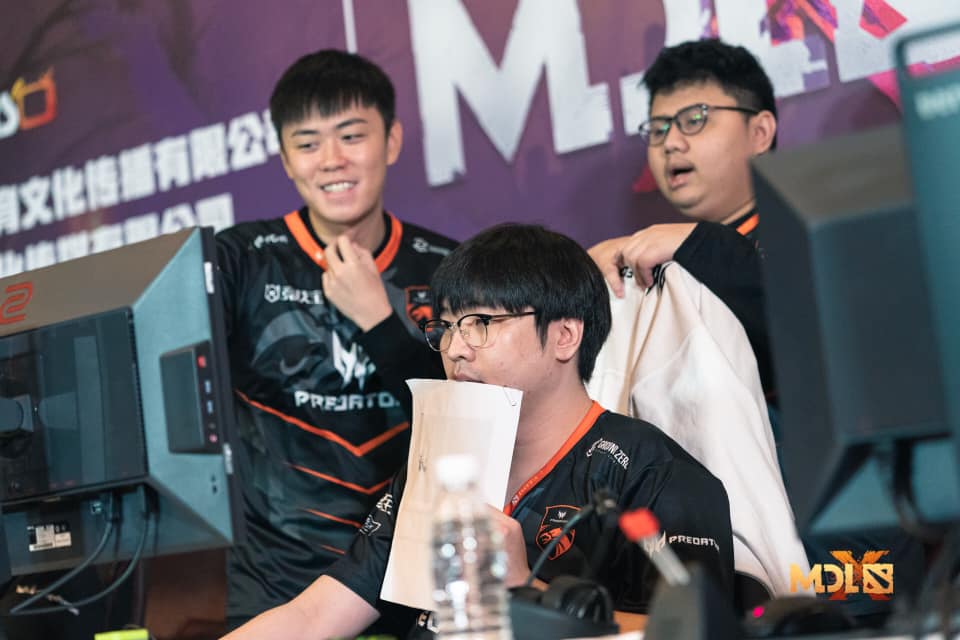 TNC Predator have looked unstoppable at the MDL Chengdu Major. The ESL One Hamburg champions displayed nerves of steel in their upper bracket series against J.Storm today, capping their day off with a 2-0 series win.

The first game between the two Dota 2 teams went down to the wire. North American team J.Storm were forced to run the gauntlet with TNC’s Chen and Alchemist, two heroes that excel in early timing pushes with overwhelming sustain and physical damage. But the Americans held on, weathering the TNC hurricane over and over again.

TNC had an eye-popping net worth lead from start to finish, but Alchemist lineups are known to run out of steam by the half-hour mark. Instead, the Southeast Asian squad showed incredible acumen in terms of their relative strength and managed to eke out fight after fight to slowly chip down the enemy base. Still, J.Storm held.

Of course, it also helps when TNC’s two cores, Kim “Gabbi” Villafuerte and Armel Paul Tabios, play out of their minds. Time after time, it looked like J.Storm finally toppled the SEA juggernaut. But time after time, the two put their team on the back, pulling out all the stops and refusing to give up. It took 70 minutes and a Divine Rapier drop, but TNC finally slammed the door in J.Storm’s face.

If game one was a masterclass from the TNC cores, game two was Timothy “Tims” Randrup’s time to shine. He only has eight professional games on Disruptor but looked like he a God amongst men when he handled it in the second game. Tims had all the right moves in all the right places and continues to be a highlight reel machine.

The series score is a deceiving one, though, because J.Storm had legitimate chances to convert both games into victories. Clinton “Fear” Loomis’ team can take solace in their performance against the best team of the tournament so far. They’ll get another chance to further their tournament run against the winner of beastcoast and Invictus Gaming.

On a day that saw fellow Southeast Asian team Fnatic put in a spiritless shift against Invictus Gaming, TNC showed that SEA Dota isn’t quite dead in the water. For a long time, Fnatic and Mineski’s medley of superstars from the region have seen them hold the mantle of king, outperforming TNC both domestically and internationally. Now, with the help of two imports from Korea and Australia, the Fillipino organization looks to have found the recipe for success.

TNC’s championship at Hamburg was the first international win for the SEA squad in years. They were peerless there, overcoming every obstacle in their way with an entertaining brand of Dota that nobody could emulate. But it’d be remiss to dismiss the victory as a fluke. The last SEA team to win a premier tournament? Mineski, who won the Dota Asia Championship 2018, and proceeded to finish in the bottom half of The International 2018 less than five months later.

While the SEA region has always produced phenomenal players, most have achieved success as imports, like the trailblazing Wong “ChuaN” Hock Chuan who won The International 2012 with Invictus Gaming or Daryl “iceiceice” Koh who played for some of the most dominant teams in China from 2013 to 2016. TNC are leveraging the ridiculous mechanical skill of perhaps the three best players in the Philippines and the tactical prowess of their new captain, Park “March” Tae-won, to create a Southeast Asian team that’s unafraid to experiment in and out of the game.

It’s still early days yet for the TNC lineup, with this being the first Major of the season and lacking the top-four teams at TI9. But there’s a sense of stability and an aura of superiority that accompanies the roster, a feeling that all premier teams possess. Even when Fnatic and Mineski excelled in DPC tournaments over the past two years, they’ve always looked shaky and unpredictable, afraid of the wilderness at the top. But TNC are predators and look like they can survive with the fittest.

For now, TNC will take a rest day after securing a top-three finish at the MDL Chengdu Major, along with $110,000 and 2,100 DPC points. They’ll play against Vici Gaming next.