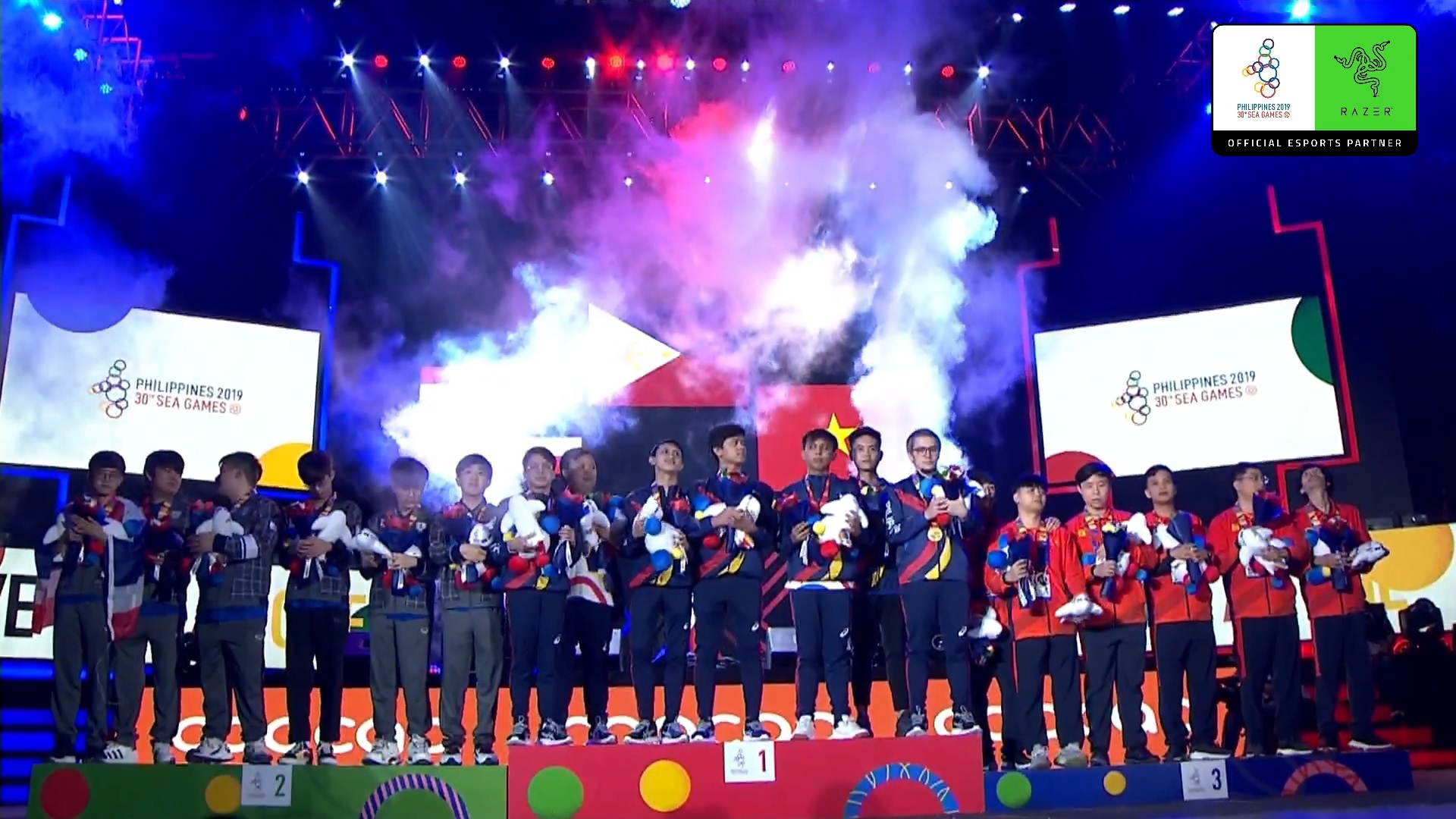 Seven Filipino players stepped up to the podium in front of the home crowd at the 30th Southeast Asian Games earlier today, clutching gold medals, bouquets, and a plush toy of the event mascot, Pami. And it wasn’t for soccer or basketball, but their winning Dota 2 performance.

The winning team’s main starting lineup consisted of players from Team Adroit, who most recently competed at the MDL Chengdu Major. Their tight-knit teamwork saw them go the distance against a Thailand team that had two star players from Fnatic, Anucha “Jabz” Jirawong and Nuengnara “23savage” Teeramahanon, and win 3-2.

The event was contested by eight different countries. The full standings are as follows:

The 2019 SEA Games was the first International Olympic Committee sanctioned competition to host esports as an eligible medal event. Dota 2 was one of six games featured at the event. This represents the Philippines’ second esports medal at the tournament, with players from the country recently achieving first place in Mobile Legends: Bang Bang, a mobile MOBA.

Esports and the Olympics aren’t quite done just yet. While the 2020 Tokyo Olympic Games won’t feature esports as a medal event, the IOC and Intel have partnered up to bring an esports competition to Tokyo featuring Rocket League and Street Fighter V that will run in the lead up to the event.