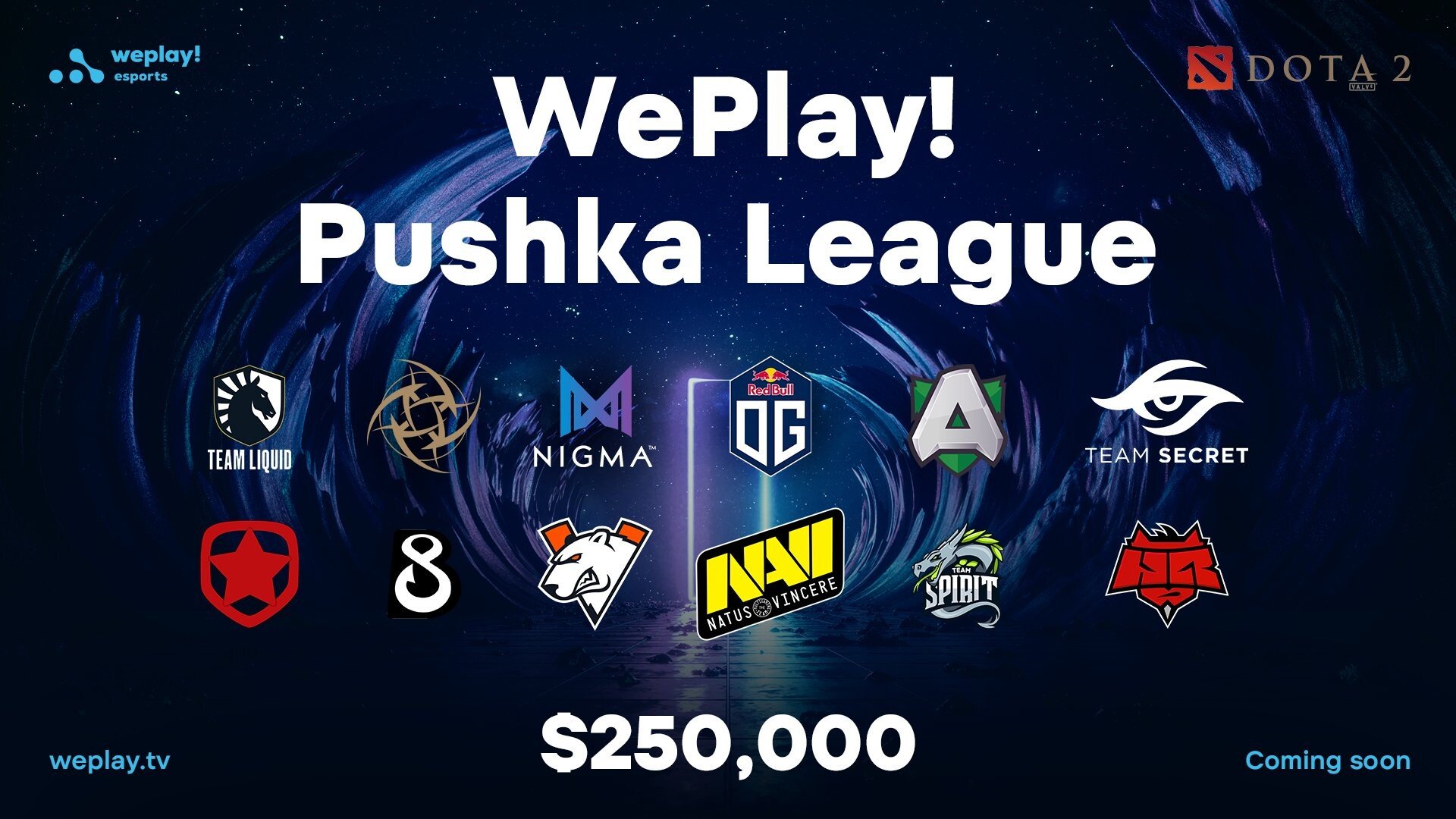 Twelve of the best teams in each region have been invited. Two slots are reserved for the winners of the open qualifiers.

The teams will compete in a round-robin group stage, with each series played out in a best-of-three. The bottom three teams will be eliminated from the tournament, while the top four teams will be seeded into a double-elimination bracket.

WePlay! continues its streak of third-party Dota 2 tournaments in a competitive season that’s been ravaged by postponements and cancellations amid rising concerns over the COVID-19 pandemic. The organizer has made a name for itself for its innovative production values and having an accurate finger on the pulse of Dota 2’s meme-filled community.

The Pushka League begins on April 23, a few days after ESL’s own online league is set to end on April 19, ensuring an almost uninterrupted chain of professional games for fans stuck at home. More details regarding the schedule and prize pool distribution will be released at a later date.