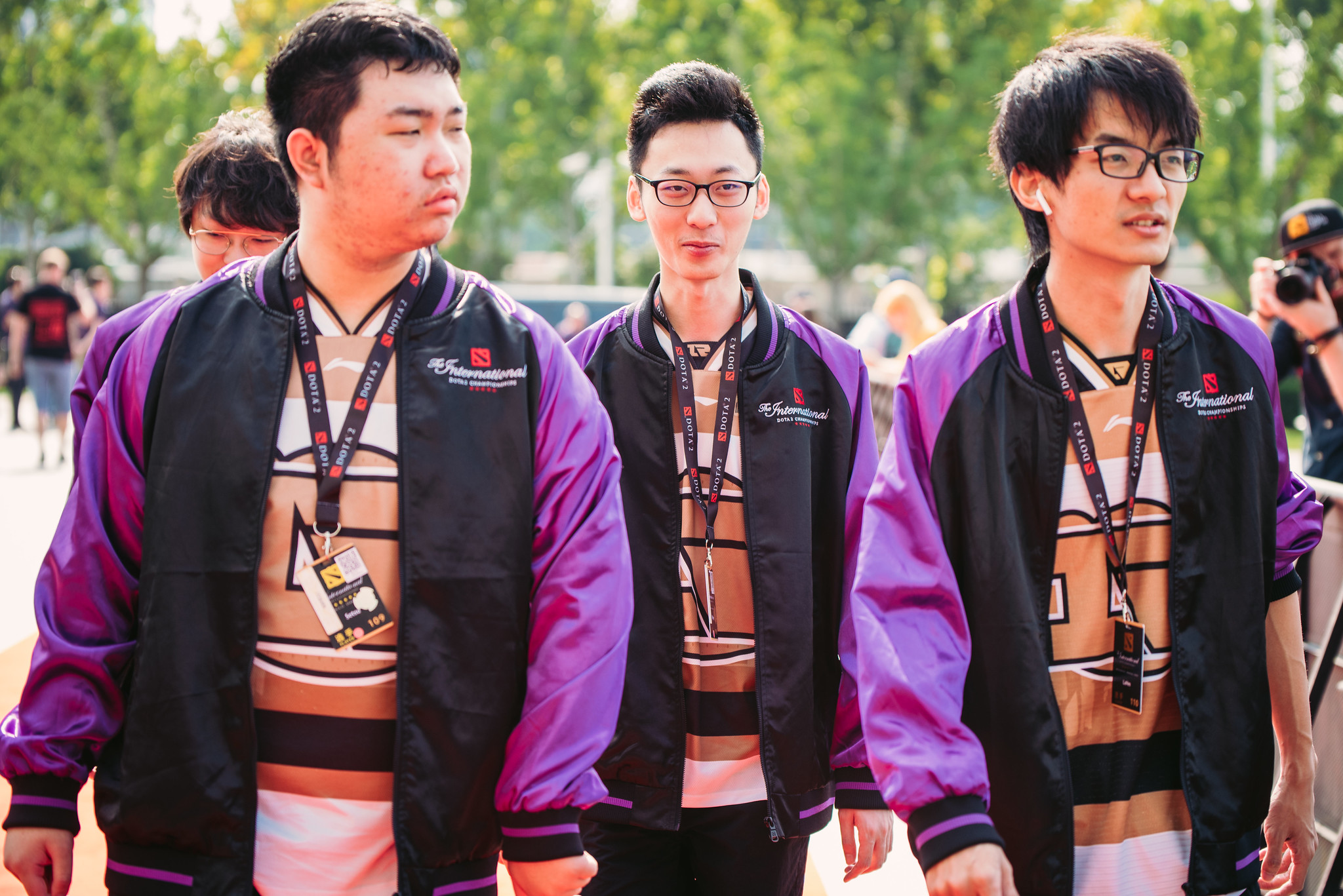 Royal Never Give Up caused the biggest upset yet at The International 2019, taking down Virtus Pro 2-0 today to secure a top-eight finish after a lackluster group stage.

RNG focused their draft on a mid-game tempo push around Alchemist, Leshrac, and Shadow Shaman while providing additional saves in Abbadon and Shadow Demon. VP relied on late-game potential in Tidehunter and Enigma in combination with Roman “RAMZES666” Kushnarev’s Lifestealer.

Despite a later scaling lineup, the Russian powerhouse raced out ahead. Off the back of Vladimir “No[o]ne“ Minenko’s signature Storm Spirit and a free farm Tidehunter, VP took down the safe lane towers and even had a net worth advantage against Alchemist. RNG tried to push the top lane and were duly punished by the CIS giants.

The Chinese underdogs were undeterred and fearlessly rushed into the Roshan pit with their opponents’ ultimate abilities on cooldown after the last fight. With the Alchemist’s Black King Bar, RNG crushed the fight and claimed an Aegis for their efforts.

VP managed to bring it back slightly when RNG overextended with a beautifully-read teamfight that caught Du “Monet” Peng off guard, resulting in a big Alchemist kill.

But no one could delay the inevitable, not even No[o]ne. The Storm Spirit was baited in by an illusion and he wasted his mana fruitlessly, resulting in a lost fight that forced the Russians to concede.

RNG started game two by picking up two of the most popular support heroes, Shadow Demon and Elder Titan, along with an Omniknight for even more saves and a Faceless Void. VP took a mid-lane Gyrocopter and Wraith King, two heroes with high mid-game potential that are also capable in late-game situations.

No[o]ne’s Gyrocopter was off to the races, even getting first blood with a solo kill on RNG’s mid laner. One game away from elimination, VP appeared to have composed themselves, reading the Chinese team well and leveraging the strength of Gyrocopter and Warlock in the early game.

But VP couldn’t carve out a solid advantage, even with the farmed Gyrocopter. RNG’s Omniknight demanded attention from the Russian squad, allowing Monet’s Faceless Void free rein of the map while conserving Chronosphere until it was absolutely necessary.

Monet continuously focused down No[o]ne in teamfights, mitigating the Gyro’s immense damage into a non-factor when grouped up. A teamfight at the Roshan pit gave RNG an advantage that they never relinquished it.

A godlike Monet ran riot among the Russians and the upset was complete. VP were eliminated, cementing their worst TI placing in three years.

The Russian veterans return home disappointed with a 12th-place finish while RNG will await the victors of Team Liquid vs. TNC Predator in the lower bracket.