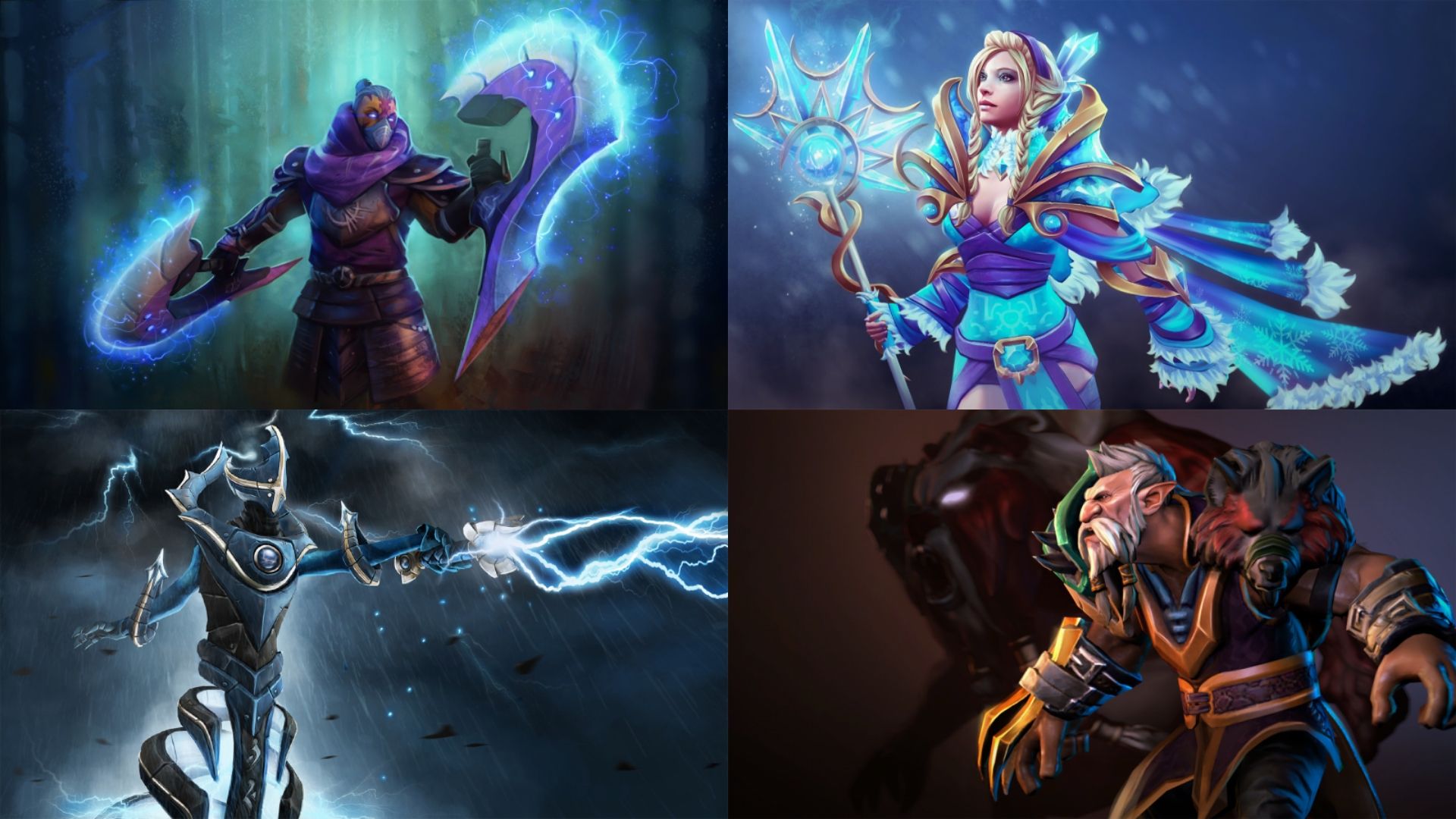 Following the release of the Dota 2 7.23 patch yesterday, the two new heroes—Snapfire and Void Spirit—are firmly at the bottom of the barrel in terms of win rates along with nerfed brethren Morphling.

For Lone Druid, Razor, Anti-Mage, and Crystal Maiden, though, the shoe is firmly on the other foot. These four heroes have enjoyed a leap in their win rate. With so many new changes, it’s natural for the status quo to go haywire.

Here are the reasons why these four heroes are experiencing such boosted win rates.

No other hero can better exploit 7.23’s landmark change in neutral items than a hero that can have 12 inventory slots. Lone Druid’s signature ability, Spirit Bear, allows for items to be shared freely among the two.

Usually, Lone Druid item builds call for a focused strategy in either farming for the Spirit Bear or the hero. But with neutral items, throw conventional strategy out of the window. Most of the early-game neutral items provide small stat boosts and utility that can be hard for most heroes to abuse due to the lack of inventory space.

Plus, the hero received a ridiculous amount of buffs. Aside from the nerf on Return, Lone Druid is just strictly a better hero now. The Spirit Bear is stronger at earlier levels with more even scaling, his ultimate True Form now provides him with his Bear’s skills for an even bigger threat, and Spirit Link is now a passive without downtime, allowing the hero to farm faster. With so little viable agility carries in the previous patch, it’s little wonder that such an improved hero’s win rate has surged over 15 percent in a map state that favors farming.

Razor has seen a 10-percent win rate buff. Before Razor’s skill rework, the hero had to commit to a fighting or farming build. Storm Surge allowed him to farm with passive magic damage, while Static Link let him dominate the lane and drain damage to kill heroes.

With Storm Surge’s magic damage proc being changed to his ultimate, Eye of the Storm, there’s simply more skill points to go around. Coupled with Static Link now automatically attacking his target, Razor’s already fearsome chase-down ability and farming speed has only improved.

Similarly to Lone Druid, Razor farms neutral creeps at lightning speed and benefits from neutral items quicker and faster. Since these items are fully shareable, farming them quickly also means that your poorer allies will be able to gain access to them earlier than usual.

Splitpush, kill creep waves, retreat to the jungle, and rinse and repeat. That’s always been a good Anti-Mage’s playbook. And now, that playstyle is rewarded with the addition of map control objectives in outposts and neutral items. Now that killing neutrals is more valuable, it’s little wonder that one of the fastest farmer’s win rate has improved by close to 10 percent.

Anti-Mage was one of the weakest carries in the 7.22 patch. In that meta, carries were expected to be self-sufficient in the lane and able to rotate to early teamfights. Therefore, heroes that were capable in the late game but also had magic damage or crowd control were extremely popular, such as Gyrocopter, Night Stalker, and Faceless Void.

Now, the game is allowing for more leeway. Anti-Mage with a Battlefury is the best farmer in the game thanks to his Blink ability that gives him unprecedented mobility. He’s also received a strict buff to his Mana Break, which makes him an even bigger counter against heroes with large mana pools.

Crystal Maiden is the only hero in the top four improved win rates that’s a support. Crystal Maiden is one of the few heroes in the game with a global aura. Rylai’s Arcane Aura now provides mana regen for every ally on her team and it’s been buffed to give her magic resistance.

Across the board, we can see that heroes who can farm fast are improving their win rates. Crystal Maiden is a hero that helps her allies by virtue of providing mana. For so many heroes, mana is a scarce resource that helps them win the lane or rotate faster in the jungle. Rylai is also one of the few support heroes in the game that can farm the jungle easily due to her Frostbite. That’s not the full explanation of her almost eight-percent win rate increase, however.

Crystal Maiden is a support hero with powerful talents but is usually unable to reach them. With Outposts, the hero gets more experience, gaining access to her gold per minute talent at level 15 faster. She’s also a hero that benefits greatly from items, such as Black King Bar, which allows her to channel her Freezing Field freely. Coupled with the removal of Observer Ward cost, Crystal Maiden now has more money and experience than she’s ever had.

More than ever, a team’s speed of farming is integral to their success. By extension, that means map control is more important, which means heroes that are capable of clearing creep waves rapidly will likely benefit from 7.23’s changes. If you haven’t already, boot it up and participate in the insanity that IceFrog, Dota 2’s developer, and Valve have brought into the world.