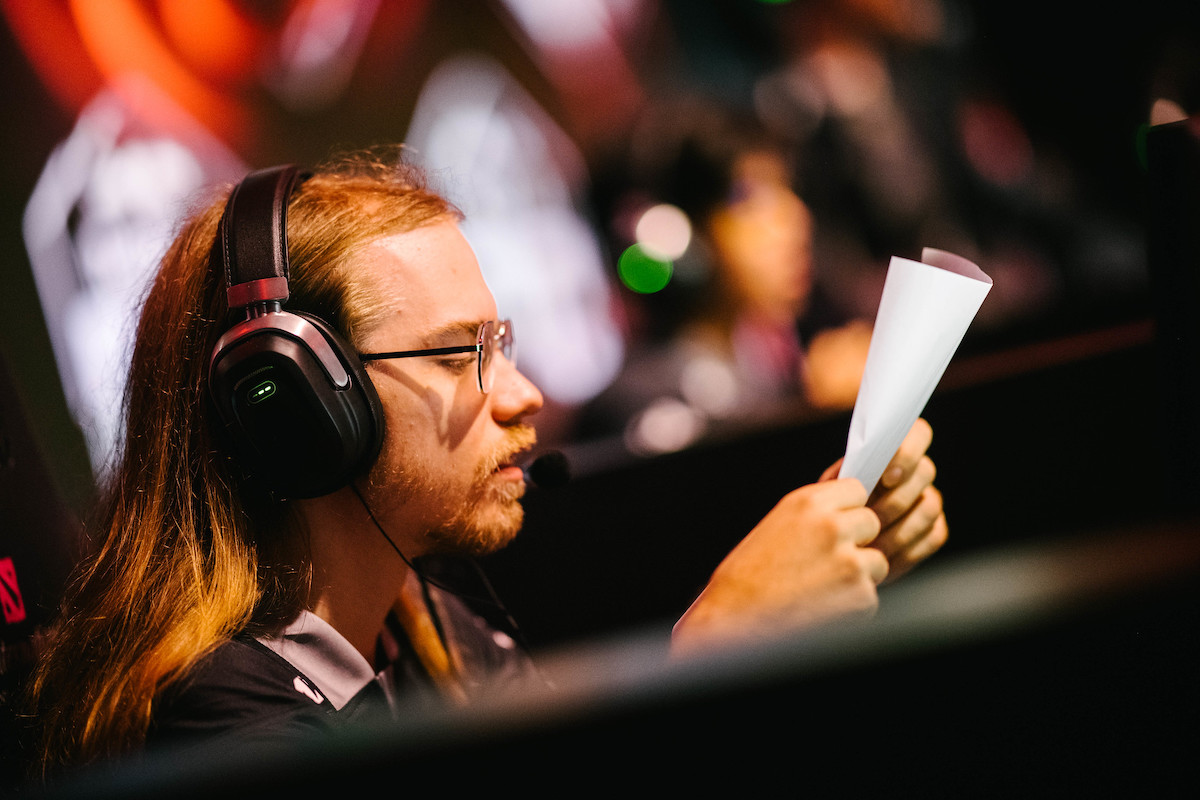 Building a roster filled with young players to kickstart the organization’s rebuild proved to be the right call from the get-go, as OG’s new core quickly surpassed all expectations and qualified for The International 2022 in their first year.

OG finished the TI11 group stage with a ticket to the upper bracket, but they were instantly sent to the lower bracket by Tundra Esports. That drop meant an uphill battle for OG—though they quickly changed their approach following Tundra’s wake-up call.

Following the team’s 2-1 victory over Gaimin Gladiators, OG captain Mikhail “Misha” Agatov broke down how the team adjusted its mindset so quickly, noting that it mainly revolved around caring more about playing their style of Dota.

“We were preparing the whole night to counter Visage and Broodmother against Tundra,” Misha said. “We were ready to destroy Tundra’s strategies, but we realized our draft wasn’t an OG draft that featured OG heroes.”

While trying to counter the enemy, OG realized they had lost their team identity, something unusual for such a unique organization and team of players. Both iterations of OG have been teams that others looked to counter, and Misha mentioned that would once again be their approach to their upcoming series.

OG had a Naga Siren in the two matches they won versus GG, with the hero splitting time between Taiga first and then Yuragi, showcasing the overall flexibility in OG’s approach.

Since Naga Siren was played as a support in the first match, Misha felt like GG was getting ready to face a support Naga Siren in the third match. After the realization, Misha decided to throw GG a curveball by giving Naga Siren to Yuragi as GG’s draft wasn’t fit to deal with the slight curveball and proved that this change in strategy was working.

“We should make them counter us, not vice versa,” Misha said. “Now, this is our approach moving forward. We won’t counter anyone anymore. Let them try to counter us.”

The series against GG wasn’t all smoke and mirrors from OG, as they let BOOM manhandle them with Storm Spirit in game two, in which Misha expressed his regret for not banning the hero while praising GG’s ability to play to their strengths.

With GG in the rearview, OG is set to play another Western European in Team Liquid to see who will crack the top six and continue their TI11 run.