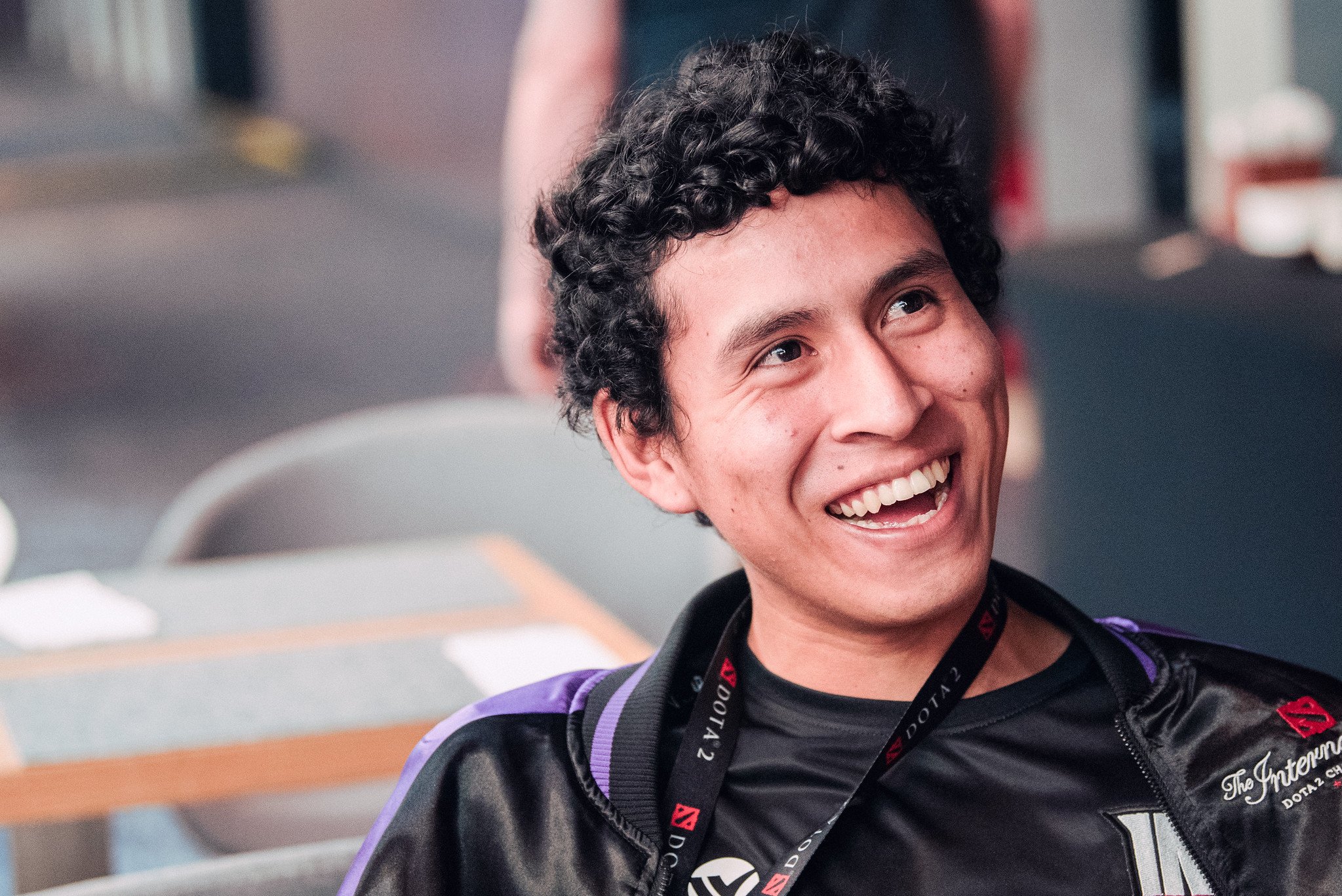 Infamous and Newbee clashed in a battle of the Americas today. The Peruvians picked up a 2-1 series win that guarantees them at least a top-eight finish at The International 2019.

With both teams having a farm-focused carry, a clash between Infamous’ Hector “K1” Rodriguez and Yawar “YawaR” Hassan from Newbee was inevitable. Both players rank in the top-five for gold earned per minute at TI9.

Newbee picked Leshrac and Elder Titan equipped with setup and high magic damage before filling their roster out with some nice support. Infamous continued to pick based on their own play rather than heavy counters, taking K1’s signature Wraith King and an unexpected Monkey King for Jean “Chris Luck” Gonzales, marking the first time he played the hero at the event.

Both carry players received priority farm in their lanes, but the Wraith King gained an early net worth lead. Monkey King and Elvis “Scofield” Peña’s Nyx were menaces on the map, taking down several key targets from Newbee and allowing K1 to just hit creeps.

With the help of Magnus’ Empower and his team creating space, K1 farmed a 15-minute Radiance. Once Infamous started grouping up with their two incredibly-farmed cores, Newbee had no answer.

In the end, the carry showdown never materialized during game one. The pressure from the Peruvians was simply too much and YawaR couldn’t find enough farm on the map. Newbee conceded after 25 minutes.

Newbee started the second game with a bit more focus on the late game with Outworld Devourer and Lifestealer headlining their carry potential. Infamous responded with a tanky lineup in Kunkka and Juggernaut, picking up the terrifying Nyx Assassin for Scofield again.

Although YawaR’s Lifestealer fed first blood, he quickly got four more kills inside of 10 minutes, proving unkillable as the game went on.

Despite playing into hard counter Nyx, Quinn “CcnC” Callahan had a monstrous performance on the Outworld Devourer. A quick Scythe of Vyse pickup allowed him to catch K1’s Juggernaut unaware, eventually leading to the top melee barracks for Newbee.

Infamous tried their hardest to stay in the game, but Newbee kept calm and secured objectives one by one. With Aegis on the Lifestealer, the North and South Americans geared up for one final clash at the bottom barracks. Infamous couldn’t get a single kill on Newbee and conceded defeat.

With elimination on the line for both teams, neither pulled any punches. It really came down to K1 being able to secure the Wraith King again. Newbee nabbed Lifestealer for YawaR and placed heavy emphasis on teamfighting with a Kunkka, Tidehunter and a support Invoker.

The deciding match proved to be the true farming face-off between K1 and YawaR that fans were expecting in game one. Both players occupied the top two spots in net worth, but K1 was farming harder and faster. The other Infamous players ran circles around Newbee with their highly-mobile lineup, leading the NA team by their noses.

In the name of making space for K1’s Wraith King, Infamous’ four other players were willing to sacrifice everything, even their bodies.

Chris Luck put on a virtuoso performance on Slark. Even though the pick might have been slightly unconventional, the Peruvian mid laner pushed the boundaries and limits of his hero. Despite being caught out alone in the top lane, his fantastic jukes allowed both Wraith King and Leshrac to take down Newbee’s base.

Newbee were shaken. The team might have managed three different mega creeps comebacks in the group stage, but Infamous swiftly slammed the door in their face.

Newbee have been eliminated from TI9 in a tie for 12th, taking home over $670,000 in prize money. The future is up in the air for the NA-turned-Chinese squad as their season ends.

Infamous now await the winner of Team Secret and Mineski, but they have already earned around $840,000. With this top-eight finish, Infamous become the first South American team to make it this deep into an International bracket—and they’re ready to push further.