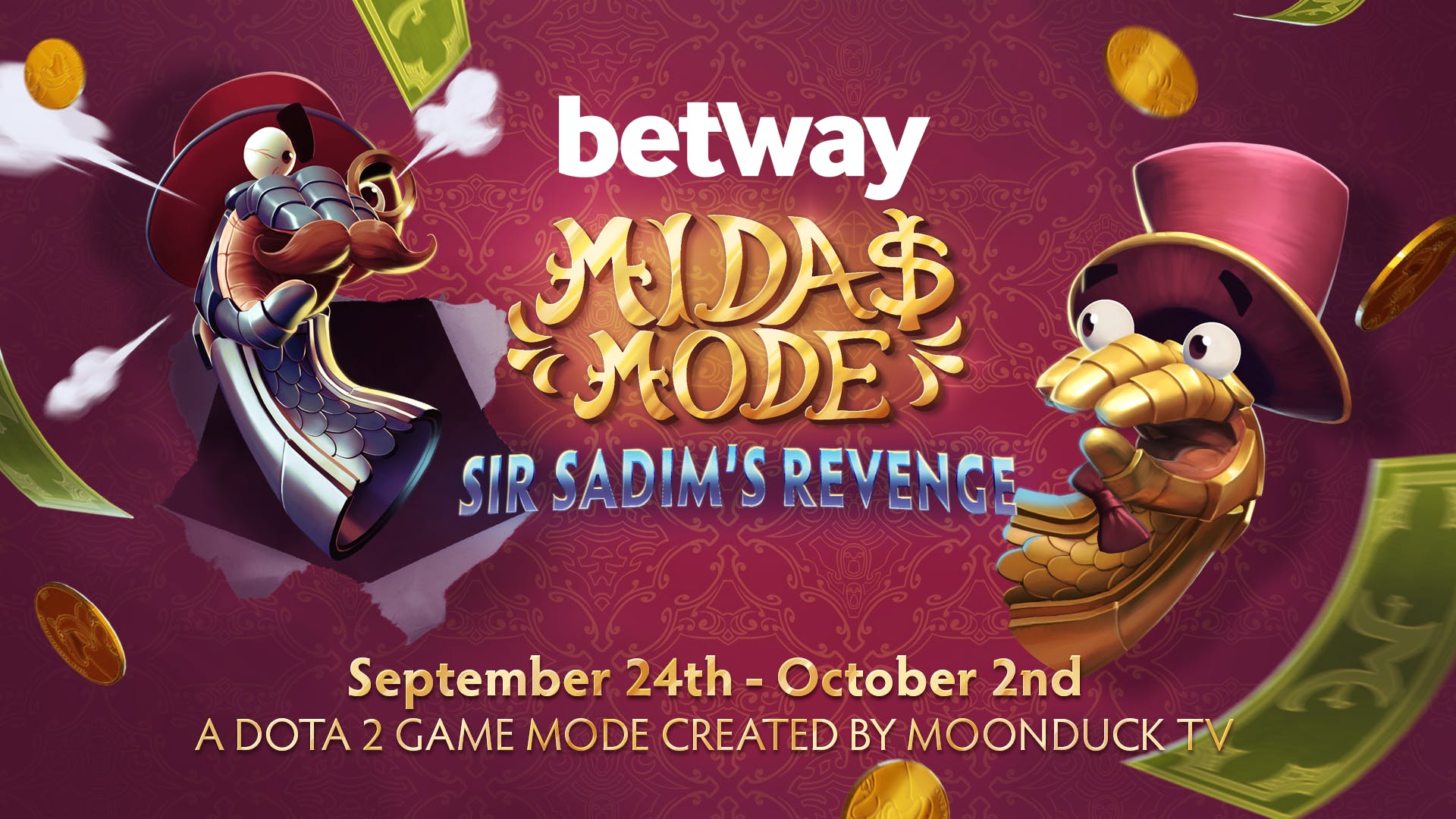 Midas Mode 2.0 promises to be one of the most exciting third-party tournaments of the year with three TI-winning rosters, legendary streamers, and all-around madcap fun. Dota 2 fans will want to watch it for the hilarious hijinks that players will be up to.

Organized by Moonduck TV, the competition offers a $150,000 prize pool. Last year, all of the teams pledged their winnings to a charity of their choice.

Midas Mode 2.0 will run from Sept. 24 to Oct. 2. It’s technically three different mini-tournaments due to its online nature, meaning that the three regions of four teams will play within themselves.

While Mr. Midas tried to get Team Liquid and OpTic Gaming to play a final series together, the matchup didn’t materialize. There’s been no official announcement on whether there will be inter-region matches this time, either.

Here’s everything you need to know about Midas Mode 2.0.

Games will be streamed on Moonduck’s official Twitch channel. Much of the Midas Mode fun will come from out-of-game shenanigans, so fans can expect the best experience from the official stream.

All Midas Mode promotional material so far has been posted on Moonduck’s official YouTube channel. The first Midas Mode VODs are also available on the channel, which is a great way to acclimatize yourself to Midas Mode’s insanity.

It’s unclear if there will be any highlights produced by the Moonduck team. They weren’t available for the first edition of the event, but Moonduck might have something in mind considering the strong wording of Andrew “Zyori” Campbell, a prolific Dota 2 match highlights creator, at NoobFromUA.

Think of creative bounty ideas for the pros

One of the big ways for teams to earn Moonbucks is through bounties. While some of the bounties will be thought up by Moonduck staffers, Jake “SirActionSlacks” has officially employed the community to get involved in the creative process.

Every day, new bounties will be on offer for the pro teams to attempt, so don’t be disheartened if your first one didn’t make the cut. Put on your thinking hats and create some new challenges. Before you know it, the pros might just be bending to your whims and fancies.

Four teams in three regions—North America, Europe, and Asia—will battle it out in a round-robin group stage. Each series will be a best-of-three match and the top seed will automatically qualify for the finals while the bottom seed will be eliminated.

The remaining two teams go on to play a best-of-three to decide the finalists. The grand finals will be a best-of-five series to determine the region’s Midas Mode champion.

A big part of the metagame revolves around the fictional currency Moonbucks, which will be used for practically everything in a match. Picking and banning powerful heroes, for example, will be more expensive and even pauses require Moonbucks.

This time around, more incentives have been added. Teams can pay for a lucky VIP attendee to become Roshan in a VR headset or even a creep wave to do their bidding.

Tune in for your daily dose of insanity starting Sept. 24.